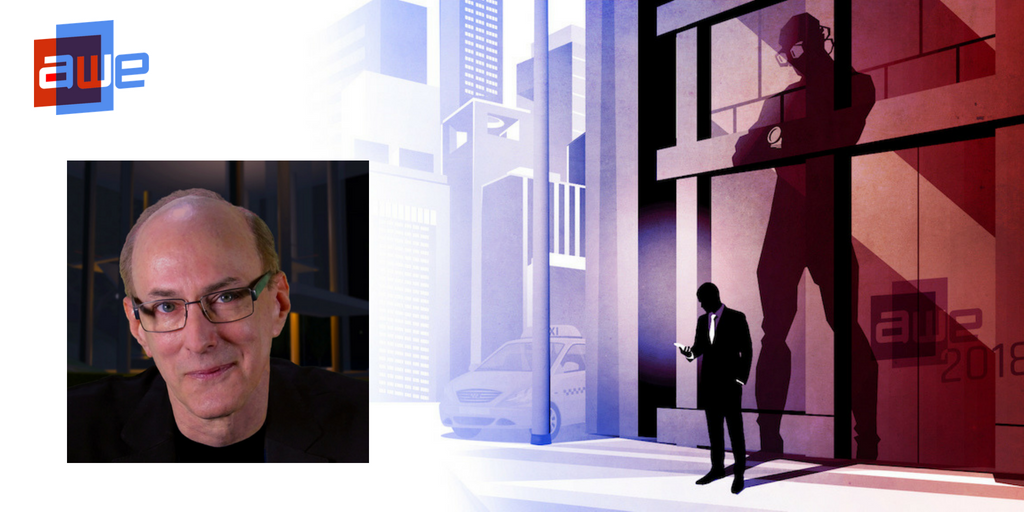 By Jay Iorio, Director of Innovation for the IEEE Standards Association [IEEE-SA] and co-chair of the IEEE Global Initiative on Ethics of Autonomous and Intelligent Systems Mixed Reality Committee.

Much of the business attention in the XR space has been focused on vertical applications. There is no disputing the enormous utility and promise of these technologies when applied to industrial processes or retail experiences, for example. In fact, so potentially transformative are the various verticals that investment in XR would be justified even if it were about healthcare applications and nothing else.

But there is a potential revolution beyond those verticals. XR is poised to become the standard, general-purpose, ubiquitous-as-sunglasses sensory interface for a blizzard of AI-curated content, informed by sensors and a seemingly omniscient understanding of your predilections. Such an immersive world would subsume what we currently call social media and impinge on just about every other human activity.

When we look at today’s social media landscape, Facebook provides a good example of the power of even a distinctly non-immersive social media platform. From the user’s point of view, Facebook’s text-based interface sits within a window within a frame that defines the user’s computing experience. There is no mistaking Facebook for anything but a website. There’s no mistaking it for an alternate reality or a sly enhancement of the physical world. And yet Facebook, in all its simplicity, has had a major effect on society.

If Facebook’s functionality were placed in an immersive environment with billions of users, the experience and effects would probably be quite different from today’s social media.

A thoroughly modern virtual environment -- one that contained all the functionality (and more) of current social media platforms, required a VR headset, took advantage of avatar advances of the last ten years, used sensors and controllers to achieve natural avatar mimicry of even our most subtle movements and expressions, and glued the experience together with low-latency connectivity -- could be the killer platform, where billions of people work, play, socialize, consume, and learn. At that point, the simulation would increasingly become a person’s reality. Today’s reluctance to be more than five feet away from our phones would only be magnified in such a scenario.

One can only imagine how manipulative, coercive, or subtly indoctrinating such an environment might be. Facebook is simply a customized stream of text and video clips on a phone or computer screen; imagine how the level of emotional engagement – and vulnerability -- could rise when the virtual environment becomes indistinguishable from physical reality. The ethical concerns with such an environment would be very different from those of a vertical-market application.

When the simulation becomes a simulation of life, a host of other factors come into play.  A real life-sim, so as not to manipulate public perceptions through misinformation and propaganda, might have to encode into the design the kinds of official and unofficial protections we enjoy in the physical world, although it is not clear how that would be done or whether it would be enough. For a life-sim, the goal should be to replicate the physical world we actually inhabit and have evolved to.

Or should it? Perhaps that will not be the automatic direction of the industry and consumers. One of the appeals of a photorealistic immersive world, where you work and do most everything else, is that life can be edited and controlled. You might not want to encounter squalor, or street musicians, or traffic noise. You might think that not feeling threatened supersedes other values. Control over perception and enhanced content could become extremely granular and specific, allowing users (or AI) to create increasingly insular worlds. If given the choice, I suspect that many urban dwellers would like to have a control panel for the city rather than live with the randomness; and yet by exercising such control, they might be losing the very unpredictability that makes cities such exciting places and hotbeds of creativity.

As attractive as control might sound, is the elimination of friction from one’s daily life a good thing? Humans did not evolve to live in an artificial environment without conflict or challenge. It is easy to imagine how such control over one’s environment could lead to unintended negative effects – decreased willingness to find common ground, less tolerance for disturbing works of art or inventions (or people), increased sense that one is entitled to not have to endure anything undesired, a narrowing view of how diverse the world really is, and ultimately a destructive solipsism.

Because the potential of XR combined with machine learning and sensor networks is arguably unprecedented in the history of technology, this revolution is poised to become a powerful example of how technology can potentially have vast and unpredictable effects, as well as how its creators might evolve to see their role as broader than simply enabling commerce.  This moment could be a unique opportunity to build an ethical foundation for the development of technology so that the needs of all stakeholders can be addressed, and so that the full diversity of the human community can be reflected in our created worlds.

The IEEE’s AWE 2018 panel, “Immersive Experiences, Applications, and Non-technical Impacts,” will look at this and other issues surrounding the implications of this wave of related technologies on May 30 at 1:30 pm. For more information on these emerging technology areas, please watch “Mixed Reality—The Future of Our World.”