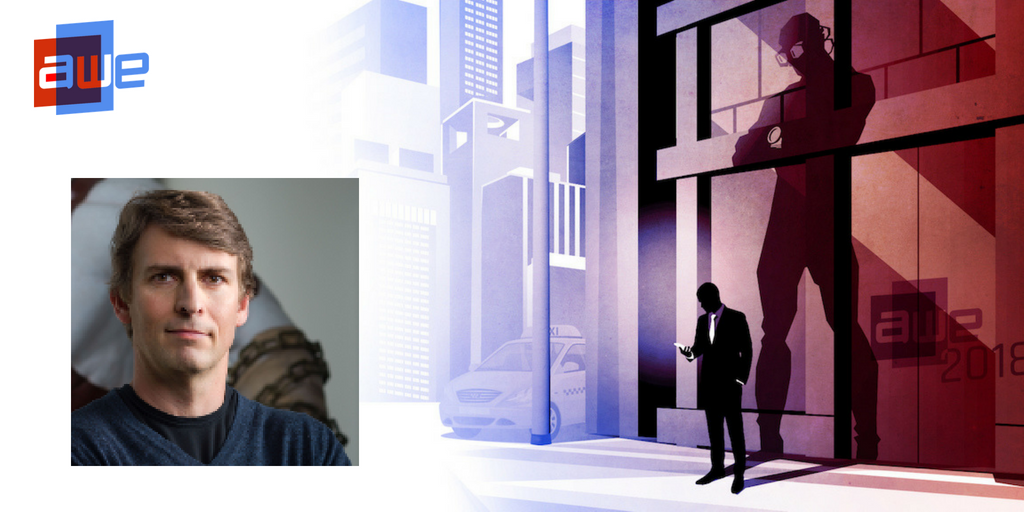 Richard Marks founded the PlayStation Magic Lab within Sony Interactive Entertainment to explore how technology can create new entertainment experiences that push the boundaries of play. Marks has been at PlayStation since 1999. Most recently, he and his team have been working on experiments with eye-tracking technology and other innovations for PlayStation VR. I sent over some interview questions to Richard to learn more about what we can expect from his session "Unlocking VR's Potential" on the Inspire Track at next week's AWE USA 2018.

Emily: To begin, could you provide a little background on yourself and your career? What does your job at Sony Interactive Entertainment entail and what was your first encounter with VR/AR?

Richard: I direct the PlayStation Magic Lab, which is part of the R&D division of Sony Interactive Entertainment.  We investigate how technology can enable new entertainment experiences.  I joined SIE (then SCE) in 1999 before PS2 launched, and I have worked on EyeToy, PlayStation Eye, PlayStation Move, PlayStation VR, and many software libraries along the way.  I also help our communications group to share technical information and describe technical features of our new products.

I first encountered VR during my graduate school days at Stanford when I visited the NASA Ames research labs in the early 90s.  I soon after encountered AR while attending SIGGRAPH.  During my entire career at Sony, VR and AR were topics we often discussed and considered, and many researchers and game creators had a strong interest for many years.  Much of my early career was focused on AR (or Enhanced Reality as we called it), using live video and the TV like an augmented mirror.  In the last few years, it has been great to be a part of adding VR to the PlayStation platform.

Emily: Your keynote session at AWE USA 2018 is called “Unlocking VR’s Potential.” Could you share a few words about what you plan to talk about?

Richard: We are thrilled with the success of the PlayStation VR launch and early adoption.  Now, it is time to focus on the next steps in bringing amazing VR experiences to both existing and new customers.  I will relate the attributes that have contributed to the success of several recent PlayStation VR games.  I will also talk about the extreme importance of making VR experiences accessible to a wide audience, and I will share some strategies and research we are pursuing to help accomplish this.

Emily: Why did you choose this topic for your keynote?

Richard: Often, much of the focus for VR is on the technical specifications such as resolution, framerate, etc.  I think it is important to highlight some of the other factors that are important for creating a great VR experience for our customers.

Emily: What do you mean by accessibility in VR? What is Sony doing to create games that appeal to a large audience? Is Sony “going after” previously untapped groups of players with PlayStation VR?

Richard: Accessibility is an overloaded word; in the Oxford dictionary, there are three major definitions, and my talk will actually explore all three.

The first definition is "the quality of being easy to use (or experience)".  PS VR was designed with ease of use as a top priority, and we've received much positive feedback supporting its design.  We also did a great job of letting people experience PS VR via over 1 million in-store demos, and by bundling the demo disc, we gave our early customers a great way to try a wide variety of PS VR experiences and share them with friends.  As we move forward, it is increasingly important for game titles to employ best practices and offer compelling content to ensure great VR experiences.

The second definition is "the quality of being easy to understand or appreciate".  The best way by far to understand or appreciate a VR experience is to try it, but that just is not feasible for every person/title combination.  To address this, we are actively researching several different approaches to allow better sharing of VR experiences with people that do not yet own a VR headset.

And the third definition is "the quality of being easy to use by people who have a disability".  Technically, this is a special case of the first definition, but it is a very important special case worth calling out specifically.  VR offers several challenges but also opportunities for people with disabilities because it can achieve new levels of immersion visually, aurally, and interactively.  I have had the opportunity to communicate directly with blind, deaf, and mobility-limited gamers, and their feedback has provided great insights into ways to extend the VR experience to a wider audience and also improve the VR experience for everyone.