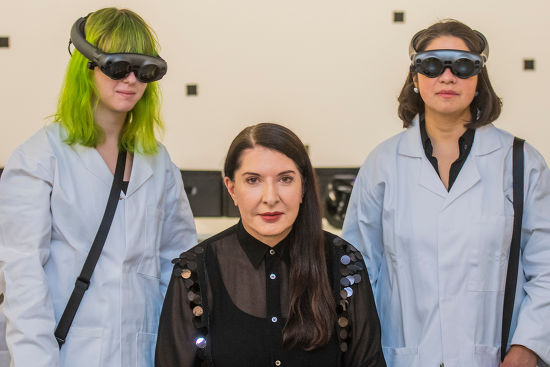 Image Source: ARTnews
Welcome to another AR+VR weekly, brought to you by AWE! In addition to keeping you up-to-date on the biggest news, funding activity and announcements in immersive tech, here are three stories that caught our eye last week:

Every video from last month's AWE EU 2019 is now available to watch and share on the AWE YouTube channel! Check out talks you missed by Snap, Google, PTC, the Louvre Museum, and more!

Meanwhile in a report titled 'Seeing is believing,' PwC predicted that AR/VR technology will add an astonishing £1.4 trillion to the global economy by 2030.

Finally, can XR art be sold? Next year, Christie's will put the first mixed-reality artwork up for auction and it could set a new precedent for digital art. The buyer of Marina Abramović's The Life will receive a recording of the piece plus "wearable spatial computing devices."

Tender Claws' The Under Presents Launches on Oculus Quest (CNET)

Oculus Link arrives in beta: The Quest can now be your PC VR gaming headset (CNET)