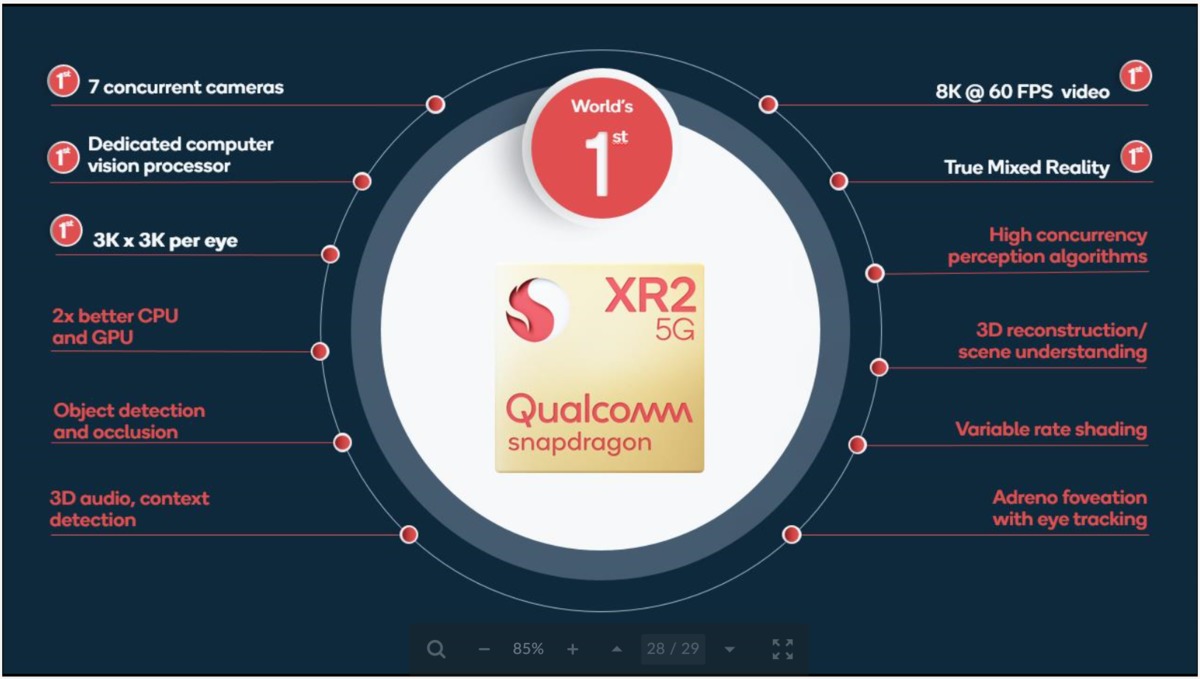 Image Source: Qualcomm
Welcome to a special double edition of the rebranded AWE newsletter, the Weekly Spatial! In addition to keeping you up-to-date on the biggest news, funding activity and announcements in immersive tech, here are three stories that caught our eye recently:

Xbox head Phil Spencer confirmed last week that VR will not be a focus for Xbox Scarlett. I guess Microsoft is sticking to Mixed Reality for business.

Meanwhile, there seems to be great demand for consumer VR this holiday season: A great Black Friday deal put the Oculus Go in the top 10 on Amazon Best Sellers for video games, while Valve Index has sold out in some regions following the announcement of Half Life: Alyx. No wonder Allied Market Research believes the VR content creation market will reach $46.54B by 2026.

Finally, Qualcomm announced the new Snapdragon XR2 chip. Niantic, in turn, announced a partnership to develop AR glassees based on the platform. Qualcomm believes the new chip plus 5G will unlock true mixed reality. Among the upgrades: twice the CPU performance and a 6x improvement in native resolution per eye.

HBO, Snapchat Team Up on AR Lenses for His Dark Materials (Adweek)