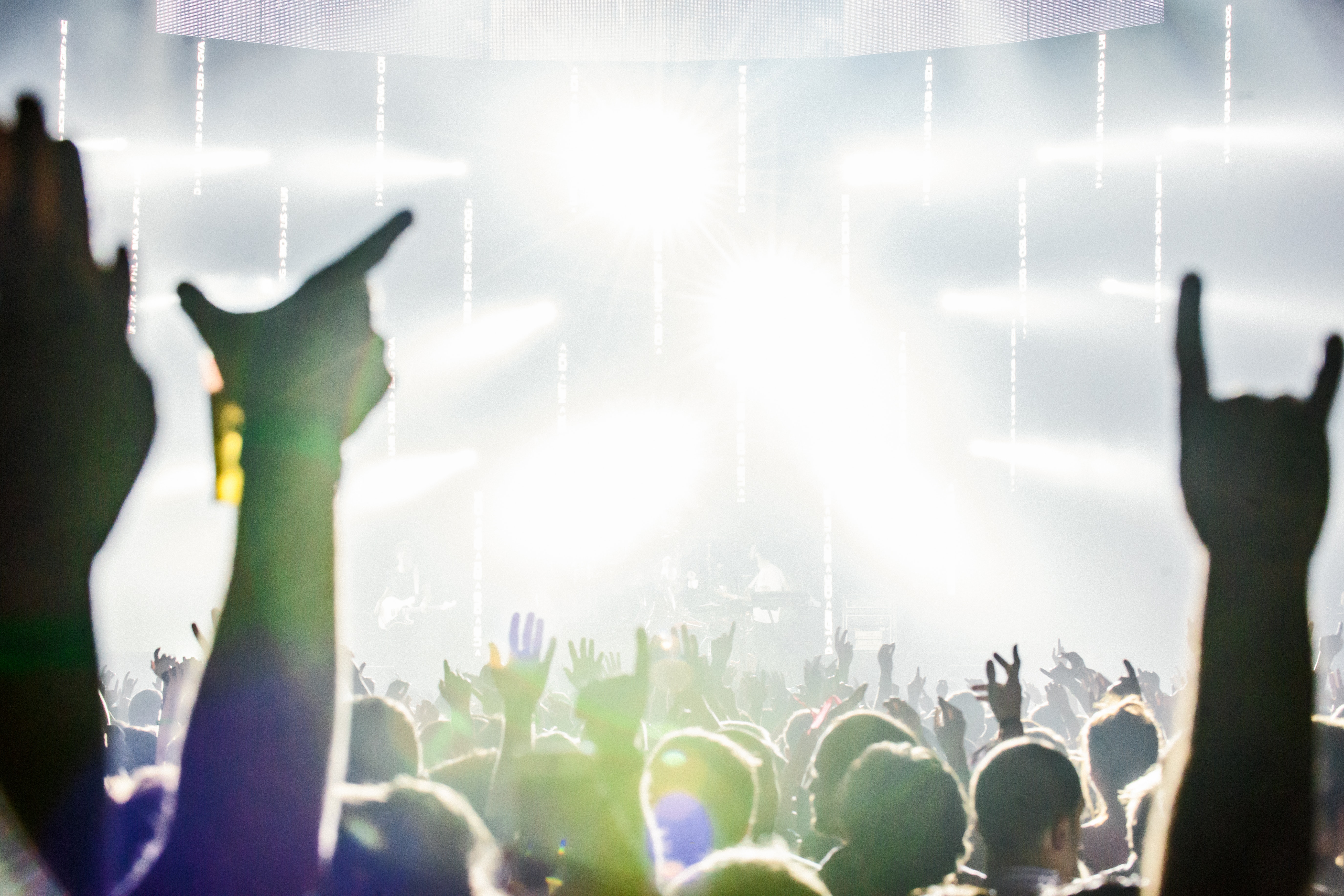 THE FUTURE OF IMMERSIVE ENTERTAINMENT

I recently went on a date in virtual reality. (Yes, really.) From our respective apartments in Brooklyn and Manhattan, my date and I put on our Oculus Go headsets, opened Oculus Venues, and watched a live Everclear concert. Though disappointed to realize we missed the opening act (Local H), I was really curious to see how VR compared to the real thing—I’m an avid concertgoer and had seen the band before in person.

Though I enjoyed the experience, VR concerts (in their current state) are not what I’d call amazing; yet experts predict that immersive technologies will fundamentally change how we interact with and consume content like music and film. So, apart from gaming, how will we entertain ourselves and be entertained in the XR future? What will a movie date or your annual Super Bowl party be like? Are we entering the next era of digital content?

With the release of products like Samsung Gear VR and HTC Vive around 2015, content platforms like YouTube and Vimeo began to support the powerful new format of 360-degree video. Captured with an omnidirectional camera, 360-degree video is still a cinematic experience; the user is immersed but with limited freedom of movement. True VR television and movies call for volumetric video recording, which differs from 360-degree in that the user is untethered from the camera and can move around the captured scene. This in turn calls for specialized studios and Hollywood’s backing, not to mention new approaches to filmmaking.

While rumors of secret VR projects by a number of A-list directors have long circulated, short VR works first took off at independent film festivals. Today, with promising forecasts for the consumer VR market, moviemakers in and outside of Hollywood are exploring opportunities for the new medium with increasing curiosity, enthusiasm, and investment.

Big names are creating the space for filming immersive content: In January, Intel opened a massive sound stage near LAX that uses 3D cameras on an industrial scale to make volumetric movies; and Innovation Studios by Sony Pictures Entertainment, which will be part R&D facility, part-studio (and powered by Intel tech), is set to open in late 2018. Another good sign: Young VR financing and distribution studio CityLights paid seven figures for the rights to a VR series produced by Darren Aronofsky’s Protozoa Pictures at this year's Sundance Film Festival.

The exact mechanisms by which the VR film industry will operate in the future are not yet clear. For instance, will the subscription and streaming services we use today be the ones to distribute VR movies and shows, or will new services compete? Is every genre fair game for VR, even horror? How is writing, producing and acting different in VR? How will directors control the narrative? Will my VR movie experience be the same as yours? Will VR completely replace cinema or will there be a place for traditional films? Will device makers make deals with major movie theaters or will it be BYOH (bring your own headset) to the movies? Will movie ticket prices increase? Will there be a new rating system for VR content? Will theater seats become more like Disney’s Mission: SPACE or will we wear haptic suits to watch Netflix? And at what point in the transition from observation to immersion do we cease to be viewers, becoming active participants instead?

Last year, Greenlight Insights found that 65% of consumers are interested in viewing live events in VR. Although I didn’t buy a VR headset to hear how Art Alexakis’ singing abilities have declined since the 90s; I have to admit that Oculus Venues is a great application, with a full lineup of live concerts, stand-up comedy nights, and soccer games. The appeal is obvious: Sold-out event? No problem. Favorite team playing halfway across the world? No problem. VR could make events available to anyone, anywhere.

The live game broadcastings available today utilize remarkable technology: To live stream an NFL game, for example, Intel places 30 to 50 high-end 5K JAI cameras around the stadium. These cameras capture petabytes of volumetric data (height, width and depth) that is stored as voxels and processed really fast by an on-site server farm, producing a seamlessly rendered replay. From Intel’s website: “Put yourself in the game to see how and why decisions are made.”

The Intel True VR app is available for Samsung Gear VR and Google Daydream; hence, Oculus Venues, the result of a partnership between Oculus and NextVR. Founded in 2009, NextVR pioneered sports coverage in VR and is now the leading platform for VR events thanks to deals with the NBA, NFL, Live Nation, WWE, and more. At CES 2018, the company announced the addition of 6DoF technology to its platform. This would allow VR users to move all around and shift POVs while watching an event. Again, the technology is incredible: Dozens of simultaneous streams of a single scene are recorded then combined with computationally intensive stitching software. NextVR plans to first offer pre-recorded VR experiences on demand, with live event streaming to follow.

Ten years ago, the Internet forever changed the music industry by destroying its core business model. Now, in the Age of Spotify, popular music artists make most of their money from touring. Next up is XR, which promises to greatly impact how we listen to, interact with and pay for music. Record labels and other industry players believe XR will provide new revenue streams and “an in” with digital natives who prefer to spend their money on experiences over objects.

In an increasingly visual music landscape, XR would allow musicians and producers to monetize all new artistic experiences designed for and only available in XR. Beyoncé and Jack White are two artists today who pay as much attention to their visual representation as they do the actual music in order to build hype and influence sales. XR could take this trend further, becoming an integral part of an artist’s personal brand and fan experience, something consumers can only experience by buying the album or downloading the artist’s app. Imagine instead of buying a song on iTunes, you could purchase an AR experience of your favorite singer performing right in front of you or a VR music video where you become a part of the video or go behind the scenes with the artist in the recording studio.

Along with providing greater access to live music, XR can enhance the live music experience. Imagine seeing lyrics or other 3D graphics floating around you during the show—once AR glasses go mainstream, augmented reality could become a standard feature of stage design and the concert experience. While VR won’t destroy the concert industry like music streaming did album sales, the laws and business models by which the industry operates will have to be extended to the new medium. (Think music licenses, ticket sales and distribution, etc.) Will there be virtual bands? Will the industry bring back a pay-per-view model? Will Ticketmaster sell live VR concert tickets in addition to regular tickets, and what would the pricing model look like? Will we sign up for monthly subscriptions to VR concerts and music festivals? Will VIP Coachella tickets come with exclusive VR content like a virtual backstage experience? How long would virtual concertgoers have access to a VR performance? How will artists protect their virtual music rights?

Personally, I can’t wait to see how VR concerts evolve and how artists integrate immersive tech into their live shows. Someone might even attempt to secure the rights to create a virtual Beatles reunion or Nirvana concert. And though I don’t believe traditional television and film will give way completely to VR TV series and movies, I wonder how far filmmakers will take the medium and whether I may one day interact within the worlds of my favorite TV shows in VR.