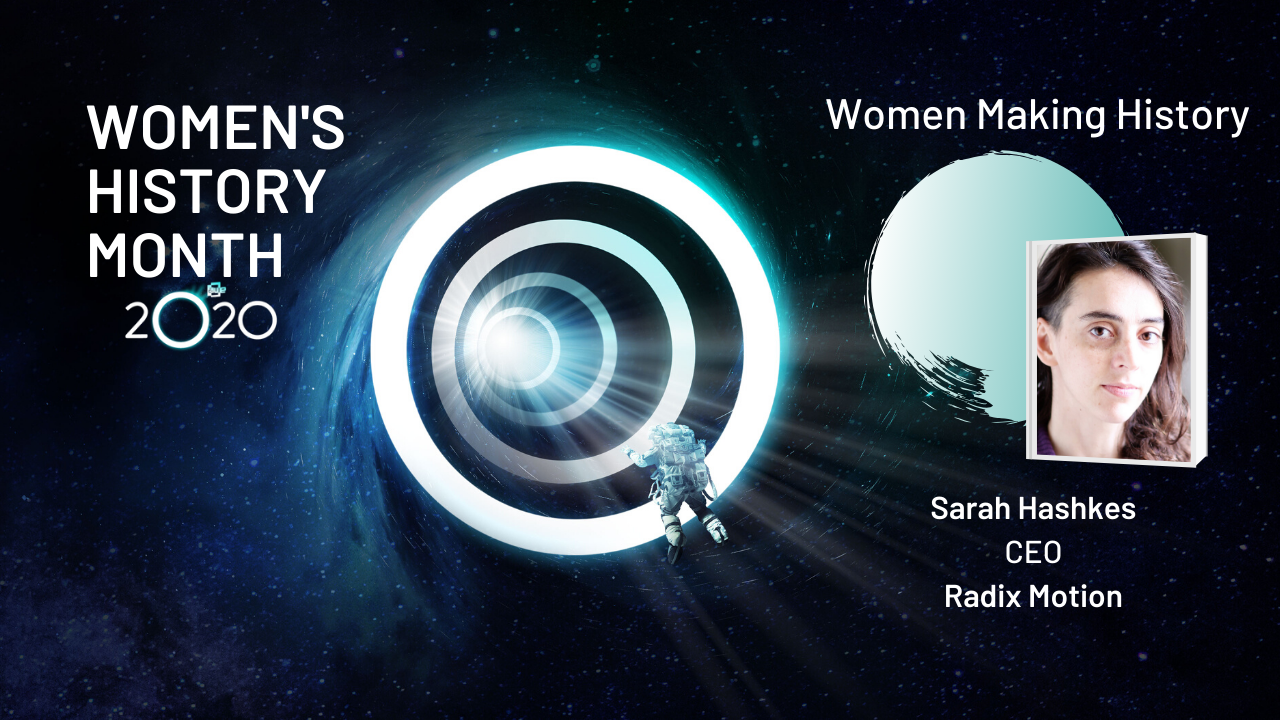 
Sorry, boys; the women of augmented and virtual reality are killing it. Nevertheless, the immersive technology industry has a ways to go towards gender equality. As in the technology industry as a whole, women in XR typically receive less VC funding and occupy fewer leadership and technical positions compared to men. So, for Women's History Month 2020, we're interviewing real women who challenge the idea that the AR/VR industry lacks visible female role models. Enjoy!

1. To begin, could you providus us with a little background on yourself and your career? What does your job entail and what was your very first encounter with AR/VR?

Sarah: I have a masters in Cognitive Neuroscience. I was focused on researching the connection between our brain and body, and was actually a big skeptic of VR. I didn't believe that just putting a screen on my face would change my whole physical perception; however, after being hosted for Burning Man by a lovely human who owned VR gear, I tried VR porn and was shocked at how I felt being (virtually) in the body of a man. I was so curious to understand the power of this technology, I pivoted my research and opened the first VR lab at the Radboud Motor-Control Department. After my masters, I moved to San Francisco and with Matt Hoe founded Radix Motion, which is dedicated to using immersive technology to strenghten the link between the brain and body. Our first prototype is called Meu; it's a new way to communicate and play with friends by sharing 3D movements, dances and hugs along with audio visual filters. You can download Meu from Steam, Rift and SideQuest (and soon on Android and Apple).

Sarah: I love the creative community I'm part of and have formed an amazing support network of other women in the industry trying to make a difference. I've also encountered a lot of bias by men and have even been harassed a few times.

Sarah: Unfortunately, there is still massive bias around how women should behave and what they are good at, and a big hunger in some men for sexual attention. I've encountered both in the most suprising places, and it's made my life and work more difficult.

Sarah: Yes. My first week at this one incubator was horrible. I got skeptical looks, was asked mutliple times if I'm technical and can code (my male co-founder did not get this question), and one drunk man stood behind my desk after a social event, shouted that I'm not a real coder, and refused to leave my work space. It almost led to a physical altercation.

At a networking event with ivnestors, an investor caressed my hand and tried to take our conversation into the personal sphere. He did this while we were in a group and when I told him he should ask people before touching them he became defensive, saying women in America are over-sensitive. In these situations, I did my best to establish clear boundaries and then report the person. I also wrote about my experiences so people might understand the added hardships women in technology face when trying to establish a company.

Sarah: I think the headset manufacturers do their best to accommodate various head sizes with adjustable straps, although the design still isn't perfect for a variety of hairstyles (regardless of gender) and can be a bit heavy for smaller heads.

Sarah: There is a general lack of diversity in VR content, especially in the Quest store. While many women like myself enjoy some action or shooting games, there is so much more possible in XR. Instead of complaining, I've been using my time and expertise to support and help build alternative content that I'd like to see, including EmpowHER, which gamifies self-defense training for women, as well as an adult content platform called xtrasexyreality that's creating authentic, interactive, consent-based adult content in VR.

7. What is your advice to women who want to break into AR/VR?

Sarah: My advice is to learn Unity and start prototyping. For any early developers looking for free educational content, Matt and I open-sourced a lot of our early work with some tutorials on our patreon.

8. What would you like to say to men in the space? What should they be doing to help women in tech?

Sarah: I understand it's difficult to be an ally when you yourself are not harmed directly or when you could lose power and status by speaking up. If you happen to work for a CEO or manager who you think has harassed women or is biased against them, please think about who and what your hard work is contributing to and actively try to keep women safe. Look at accurate statistics on the subject and understand how hard it is for women to speak up. Don't let fear lead to unsupportive behaviors towards women brave enough to talk about harassment. Take time to read more about consent culture and understand that if a woman calls you out on consent issues it's not to hurt you or for revenge; it's because she doesn't want her or another woman to be harmed.

Sarah: I love the sentence "empowered women empower women." I think the biggest challenge women face in the industry is funding. When we see more funded XR companies run by women and minorities, we'll get a diverse and thriving industry that benefits everyone. Many people are surprised the XR industry isn't growing faster when many great ideas for creating a larger ecosystem beyond the 'established' gaming industry don't get funded. I'd encourage VCs and Angel Investors to take risks on innovative products and diverse companies; research shows they're more likely to get a return on their investment.


Sarah Hashkes combines knowledge from her cognitive neuroscience research with an extensive background in movement and martial arts to create Virtual Reality experiences that hack the brain-body link.
See all posts