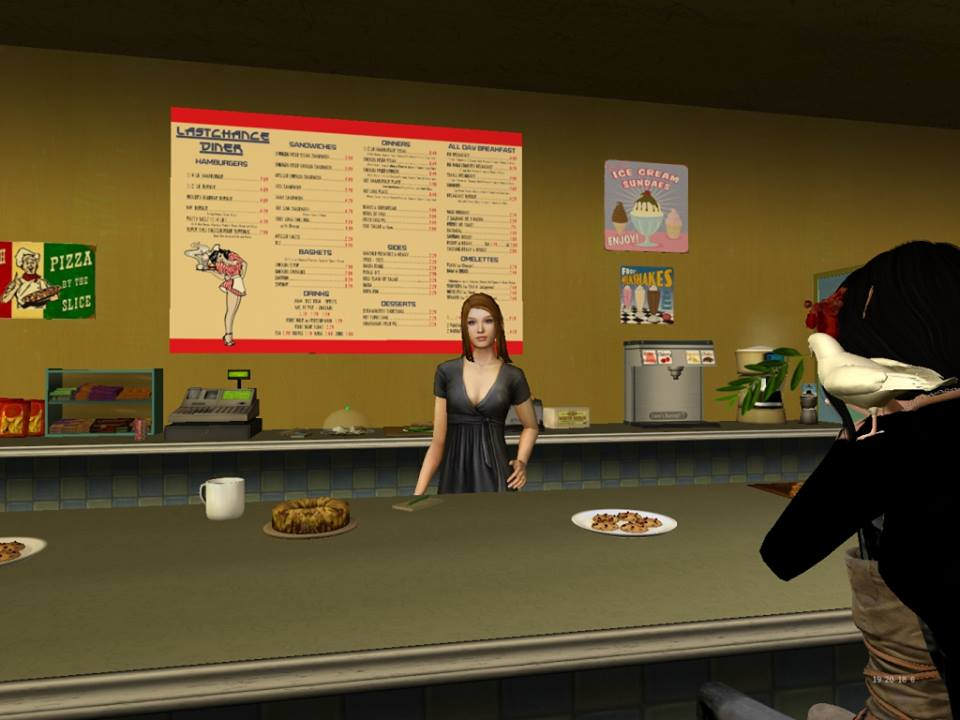 A major criticism of smartphones is that they decrease our situational awareness and prevent us from being truly present. (Raise your hand if you’ve ever been on a date with someone who used his/her phone the whole time?) If smartphones and social media have reduced meaningful face-to-face human interaction, will augmented reality have the opposite effect? Will virtual reality bring us closer together or further isolate us from one another? Is XR a potential cure for or enabler of social isolation?

Research by the likes of Cigna and others has shown that despite the ability to be constantly connected to friends and family via technology, people today feel lonelier than ever before. The devices we use to connect actually prevent us from doing so in a meaningful way—we spend a large portion of our days exchanging typed text as user names on a flat screen; we avoid eye contact by looking down at our smartphones; and we don’t even need to interact with a real person to order takeout or check in at the airport. This loneliness despite being more connected than ever weighs heaviest on younger generations.

Apple’s Tim Cook says he’s Team AR because, unlike VR, AR allows users to view digital content on top of the real world while still being present and aware of those around them. Pokémon GO is a great example—the social aspects of the multiplayer AR gaming app had a lot to do with its success. The app’s maker Niantic noticed that the game actually encouraged users to move around and explore their environments. So, rather than take away from the real world, smart glasses might allow us to engage more with it, first and foremost by restoring eye contact to the mobile tech experience. From following navigation directions in your field of view without bumping into anyone or anything, to enriching a conversation with someone by viewing heads-up information from that person’s social media profiles—AR will hopefully let us look forward, look up, and look one another in the eye again.

Social VR and the avatar effect

According to Digi-Capital’s Tim Merel, for a platform to be a platform it needs active users…like billions of users. Three years into the market, social VR hasn’t scaled; there have been no critical (consumer) use cases to make VR headsets a must-have; and Facebook’s own head of Social VR admits there isn’t much to do in the company’s social VR app Spaces. But picture small gatherings in virtual apartments with people from around the world; watching a movie with your long-distance partner in your own private, virtual theater; having virtual business meetings, etc. Will shared first experiences in VR bring users closer together? Will VR enable us to connect with others both remotely and emotionally? Is social VR a good substitute for face-to-face interaction or at least a better substitute than sliding into someone’s DMs on Instagram?

Is in-person always better? What if you can’t be there physically? At this past AWE USA 2018, AltspaceVR livestreamed several talks in virtual reality. I was monitoring social activity around the #AWE2018 hashtag during the event, and it was great to see those who couldn’t make it to the event for whatever reason contributing to the online discussion thanks to this inside look into the AWE experience. Live streaming in VR is certainly a step up from tuning into an event via social media, not only because of the level of immersion but also the avatar effect:

Me and my avatar

From Spaces, Facebook has learned that people really care about their avatars. I myself spent an hour customizing my avatar when I received my Oculus Go. Instead of hiding behind a user name, in VR users are represented by 3-D avatars that express a degree of their individuality. You can model your avatar after yourself, the ideal you, or even an alter-ego. These avatars interact in real time—you can walk up to strangers in a 3-D space, make eye contact, talk to someone in your own voice, touch…Of course there are bad actors who have and will ruin others’ experiences in VR. Already, there have been incidents of virtual harassment as disturbing as in real life, though most services have tools for reporting and blocking disruptive users. When avatars become hyper-realistic, the sense of personal identity and feeling of social intimacy in virtual worlds will only increase, but is this healthy?

Just as VR is being used to treat phobias, people could use immersive tech to deal with social anxiety and improve their social skills. But are social VR and in-person socialization equal? Does virtual socialization satisfy the same human needs? Is it easier to meet someone as an avatar than in real life? Will XR serve as a healthy outlet for those with social anxiety or enable antisocial behavior? If you can opt out of going into work in favor of working from your virtual office, you miss out on the everyday social interactions (tiny though they may be) that occur in the workplace. If you can watch the Super Bowl live in VR, do you skip the party? When does convenience become avoidance? At what point does immersion become isolating? What amount of social VR is healthy?

Getting social with strangers

Data says there’s a desire to be social in VR among regular VR users. Those users may be waiting for their friends to join them, as the majority of them – 75% according to a Pluto survey – spend most of their time in VR solo. Potential explanations are the small user base, a lack of great multiplayer apps, and the tendency to avoid interacting with strangers. 74% of multiplayer VR users, however, said they actually use VR as a way to connect with other people.

It’s important for VR developers to not only design experiences that make all people feel welcome but also take the hard lessons of social media and the web to heart. VR isn’t even mainstream, yet 49% of female users report experiencing sexual harassment in the virtual world; while 20-30% of male users recall racist, homophobic or violent comments. The negative social interactions experienced on social media are magnified in VR, where we have a more physical presence (avatar), communicate verbally, and use our hands as interfaces.

VR ups the video conferencing game, and it can also upgrade typically solo (online) activities. Consider SlotsMillion VR Casino for the Oculus Rift and HTC Vive: This may not be the most moral example of introducing socialization into new experiences through VR, but it works. In SlotsMillion VR Casino, players – i.e. online gamblers – explore a 3-D lobby, where they can sit at the bar and interact with others before visiting the slot machines. Does this encourage gambling? Is gambling bad? I won’t comment but I see SlotsMillion as an example of enhancing familiar social activities and creating new means of socially interacting in VR. Would we be more comfortable connecting with real people around the world in virtual environments that reflect our personal interests? In an ideal future, virtual spaces will become so diverse and unique as to attract users from all walks of life who share something in common and would otherwise have never had the opportunity to meet. Whether social XR will be a positive alternative to in-person encounters or add another dimension to our social lives remains to be seen.