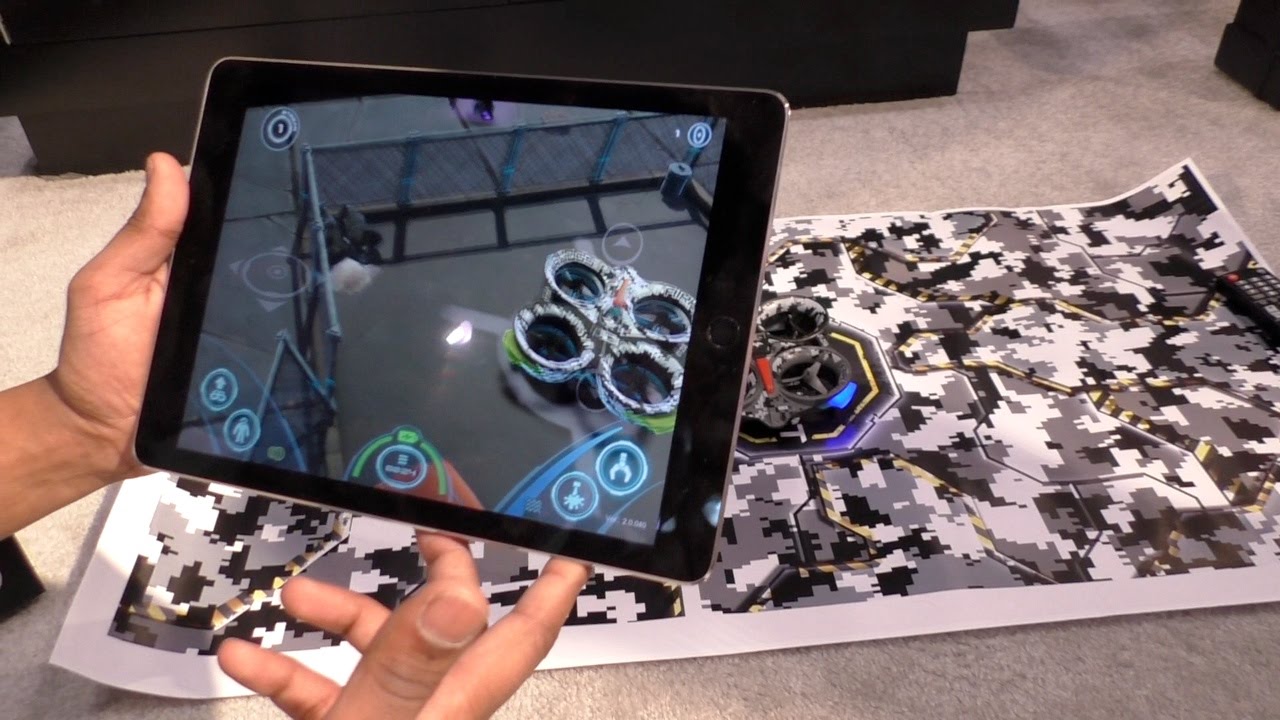 What happens when you combine Augmented Reality and a toy drone?

This TBT we’re looking back to AWE USA 2016, where Air Hogs: Connect Mission Drone by Spin Master Studios took home the Auggie Award for Best Game or Toy. The game – “the first RC Augmented Reality game” – comes with a Mission Drone (quadcopter) and an Augmented Reality Tracking (play) Mat. An Android or iOS smartphone or tablet and the free Air Hogs Connect: Mission Drone app are needed to play. Not only does Air Hogs Connect combine two emerging technologies, allowing players to pilot a physical (toy) drone in an immersive world – into one kid-friendly game, it also puts children into the role of the hero: Missions include putting out fires from above, rescuing civilians trapped in buildings, and saving the world from an alien invasion.

Today, Air Hogs Connect remains popular and influential thanks to occasional app updates. The award-winning game seemingly began a trend of RC toys that integrate augmented and virtual reality--two of the hot toys at this year’s New York Toy Fair were Hot Wheels Augmoto AR Racing and Knex Thrill Rides, which allows kids to ride the roller coasters they built in VR. Children and teenagers (Gen Z) are a key market for XR. This generation will be the one to grow up with immersive technologies; XR will be a standard learning tool in their schools, and they will use XR devices to consume content, socialize, shop and when they eventually enter the workforce. If Millennials are considered the first digital natives, Gen Z will be the first augmented ones.

If children’s toys, video games and education interest you, make sure to check out VREZ, Octagon Studios, Atom Universe, IdentiToy and other exhibitors in the consumer pavilion at AWE USA this May 30-June 1. Relevant sessions on the program include Future of Play: Creating a Kid-Friendly VR/AR Ecosystem and Gaming in 2025: A Vision of Gaming and Immersive Technologies.