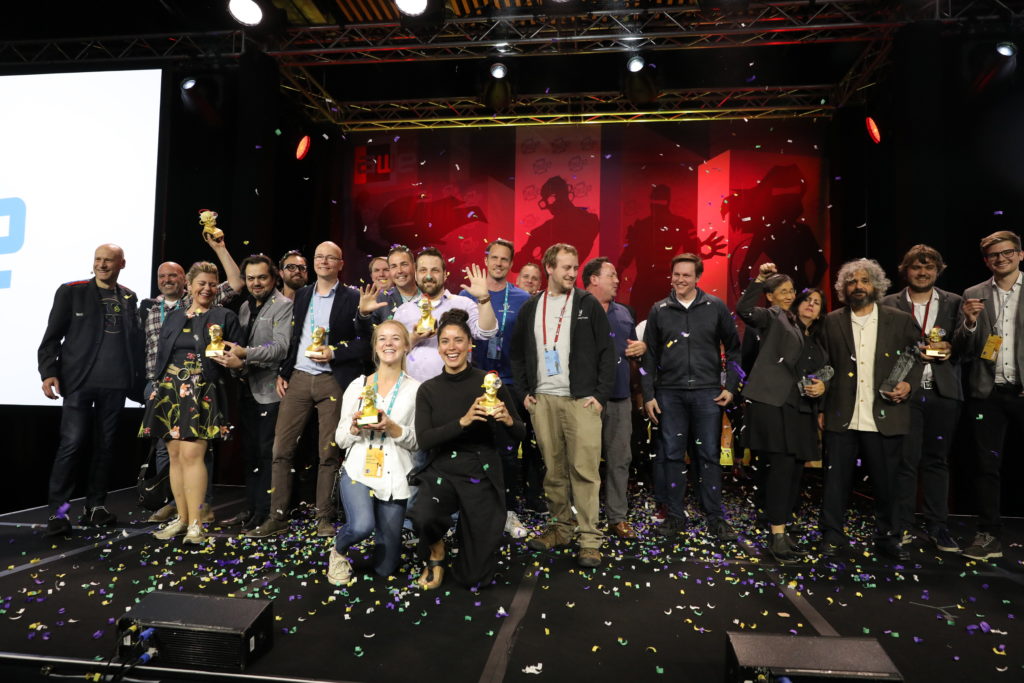 AWE USA 2018, the world’s #1 AR+VR conference and expo announced the winners of the 9th annual Auggie Awards.  AWE’s Auggie Award is the most recognized industry AR & VR accolade--recognizing  excellence in augmented, virtual and mixed reality innovation and leadership since 2010.

The Winners of the 2018 AWE Auggie Awards are:

Winners of the AWE 2018 Auggie Award were determined by the public and an expert panel of impartial judges, including:

The final day of AWE USA 2018, June 1, will see the announcement of the remaining Auggie Awards categories including Best-in-Show, the AWEsome award and Startup to Watch.

Congratulations to all the winners! To learn more about the Auggie Awards and to check out the full list of winners and finalists head on over to this page on the AWE website.