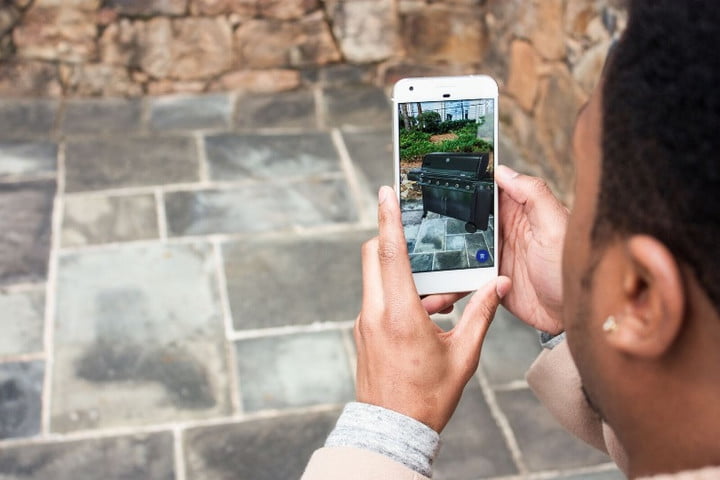 Lowe’s Holoroom was first introduced in 2014. In 2015, the customer-service oriented VR home improvement design and visualization tool found its way into 19 Lowe’s stores across the country. Since then, Lowe’s Innovation Labs has continued to evolve and improve the Holoroom experience. Here is what the team has been up to since AWE USA 2015:

Most recently, Lowe’s extended its “Holoroom How To” consumer program to an employee training one called “Holoroom How To: Red Vest.” The idea behind Holoroom was to teach customers basic DIY skills. Results showed that by using the VR solution, user retention of the steps to complete a project improved by 40%. More than 400 Lowe’s employees have tested the VR platform tailored to teach associates how to use specific in-store equipment, with 90% coming away from the experience believing it would help them better serve shoppers.

In addition, Lowe’s unveiled “View in Your Space by Lowe’s,” an app for AR-capable Android devices to help Lowe’s shoppers make quicker, more confident buying decisions. Consumers can tap on a product while browsing the store app. Using the smartphone camera, the app then scans the user’s surroundings, allowing the user to drag and drop an AR version of the selected item to see how it would look in his/her home or yard. Previously, Lowe’s released the “Measured by Lowe’s" iPhone app, an AR tape measure developed to address the visualization barriers that typically stall home improvement projects, adding up to billions in lost revenue.

Lowe’s continues to experiment to differentiate itself in the home improvement retail sector and improve the customer experience. Mason Sheffield, Technical Lead at Lowe's Innovation Labs, will speak at the upcoming AWE USA 2018.