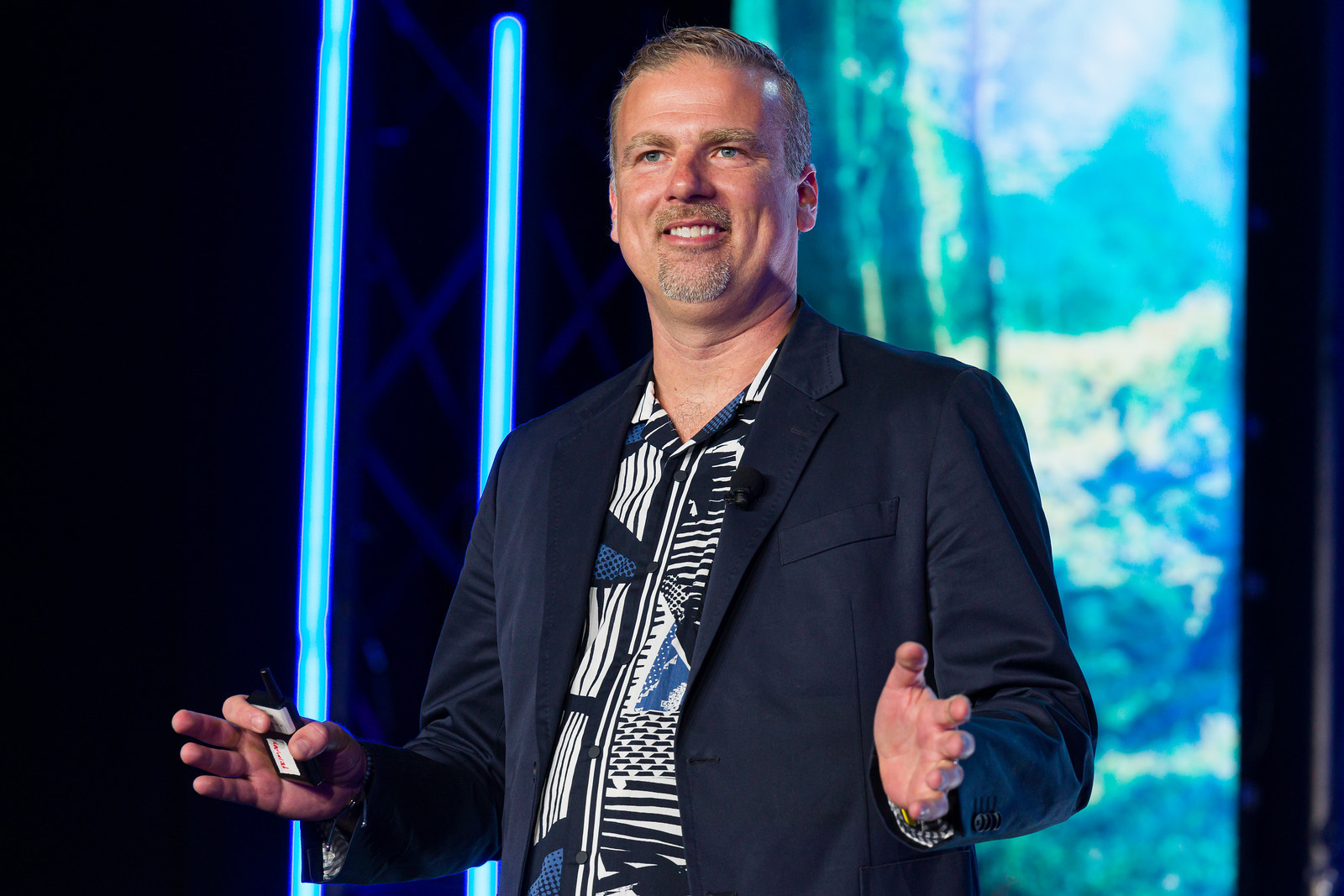 Welcome back to AWE Talks, our series that plucks the greatest hits from the vast AWE conference archive. We now start a new chapter in the series, given that AWE 2022 is in the rear-view mirror. We'll be highlighting session videos for weeks to come.
After kicking off this new chapter of AWE Talks last week with conference chair Ori Inbar's opening address, we move on to the keynotes... starting with Qualcomm. VP and GM of XR Hugo Swart breaks down the company's strategy with Snapdragon Spaces.

See the full video below along with quick-hit takeaways...

– At AWE 2021 in November, Hugo Swart first announced Snapdragon Spaces.
– Now, 7 months later at AWE 2022, we come full circle to the platform's open launch.
– It also launched a hardware development kit to further aid and accelerate XR creation.
– For those unfamiliar, Snapdragon Spaces is Qualcomm's XR development platform.
– It enables developers to build spatial experiences, especially head-worn formats.
– Its goal is to fuel XR development and lower barriers to experience creation.
– This includes consumer and enterprise use cases, both of which can benefit from a boost.
– It also carries advantages from Qualcomm's positioning as an XR chip powerhouse.
– In that sense, Qualcomm is moving further up the stack and achieving vertical integration.
– Among many Snapdragon Spaces benefits is a concept Swart calls "AR as a feature."
– Rather than build ambitious AR experiences, developers can add AR features to non-AR apps.
– This can ease them into AR with companion features that enhance their existing work.
– This concept also has value for users by easing them into AR through add-on features.
– Picture a car racing game where the racetrack map hovers above your gaming monitor.
– This concept could be what AR needs to penetrate further by piggybacking on popular apps.

For more details about Snapdragon Spaces, its specs, and its advantages, see Swart's full keynote below...