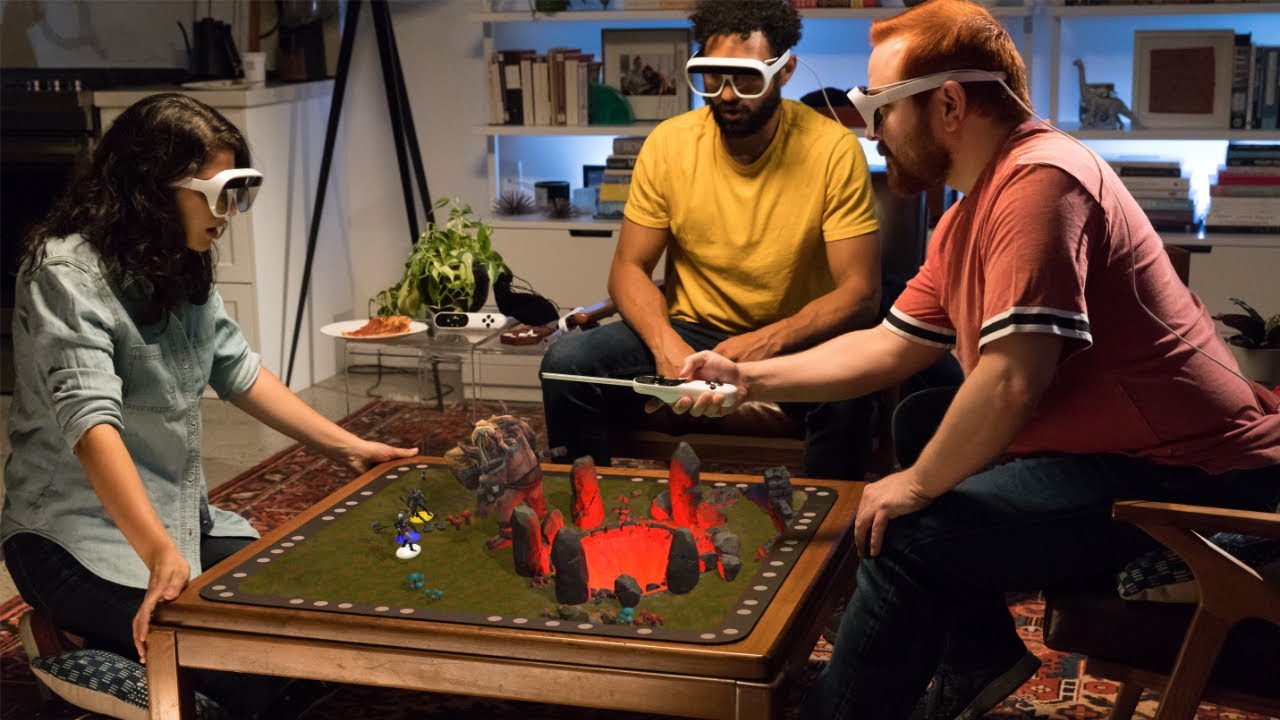 Welcome back to AWE Talks, our series that revisits the most engaging content from AWE’s catalog of presentations and panel discussions. With a fresh batch of content from AWE USA 2022, there's still plenty to dive into.

This week, we take a look at one of AR's most exciting players: Tilt Five. With a focus on a tabletop gaming experience, the company is pushing all kinds of technical boundaries and modeling AR business lessons.
See the summarized takeaways below from founder & CEO Jeri Ellsworth, along with the full session video. Stay tuned for more video highlights each week and check out the full library on awe.live and AWE’s YouTube Channel.

– AR is a double-edged sword: It's exciting and novel but a departure from established behavior.
– That means it carries the curse of new technologies: having to educate consumers at scale.
– For these reasons, AR is most successful when it builds on the familiar.
– If it's anchored in an established and comfortable activity, it's less of a behavioral leap.
– For example, Snapchat lenses built on the already-popular act of selfie sharing.
– This is also a guiding principle for Tilt Five, which builds on the familiarity of family game night.
– This involves a retroreflective board that works in tandem with AR glasses to render graphics.
– It's also a platform where developers can build games and experiences for this form factor.
– The result is a range of tabletop AR experiences, mostly in a social and shared context.
– This builds on the familiar space of your tabletop, enlivening it with gamified digital depth.
– Tilt Five has also strategically targeted an experiential sweet spot in the spatial spectrum.
– VR is too disembodied while most AR glasses suffer from washed-out, low-contrast graphics.
– Tilt Five has been able to sidestep this and many other longstanding AR technical challenges.
– These technical achievements are partly due to Elsworth and team's technical acumen.
– It also has to do with the tabletop approach, which lets Tilt Five sidestep some AR limitations.
– These limitations usually arise as hardware tries to boil the ocean and achieve "AR everywhere."
– Tilt Five's AR somewhere approach conversely lets it focus on nailing one form factor.
– For example, utilizing the retroreflective board naturally accomplishes occlusion.
– This happens as the board returns light to the glasses that can be blocked by physical objects.
– The result is that unblocked portions of light travel back to the glasses, creating an occluded image.
– The dynamics of the stationary experience also have enabled Tilt Five to achieve a 110-degree FOV.
– Beyond technical dynamics, there are more intangible or unstructured advantages, says Ellsworth.
– For example, the shared digital experience lets players see each other's faces and non-verbal cues.
– Add it all up, and one of the company's key principles is that it's selling holograms, not hardware.
– It will continue to be driven by these hard-fought principles and wisdom of the great Jeri Ellsworth.

For more color from panel, check out the full session below...