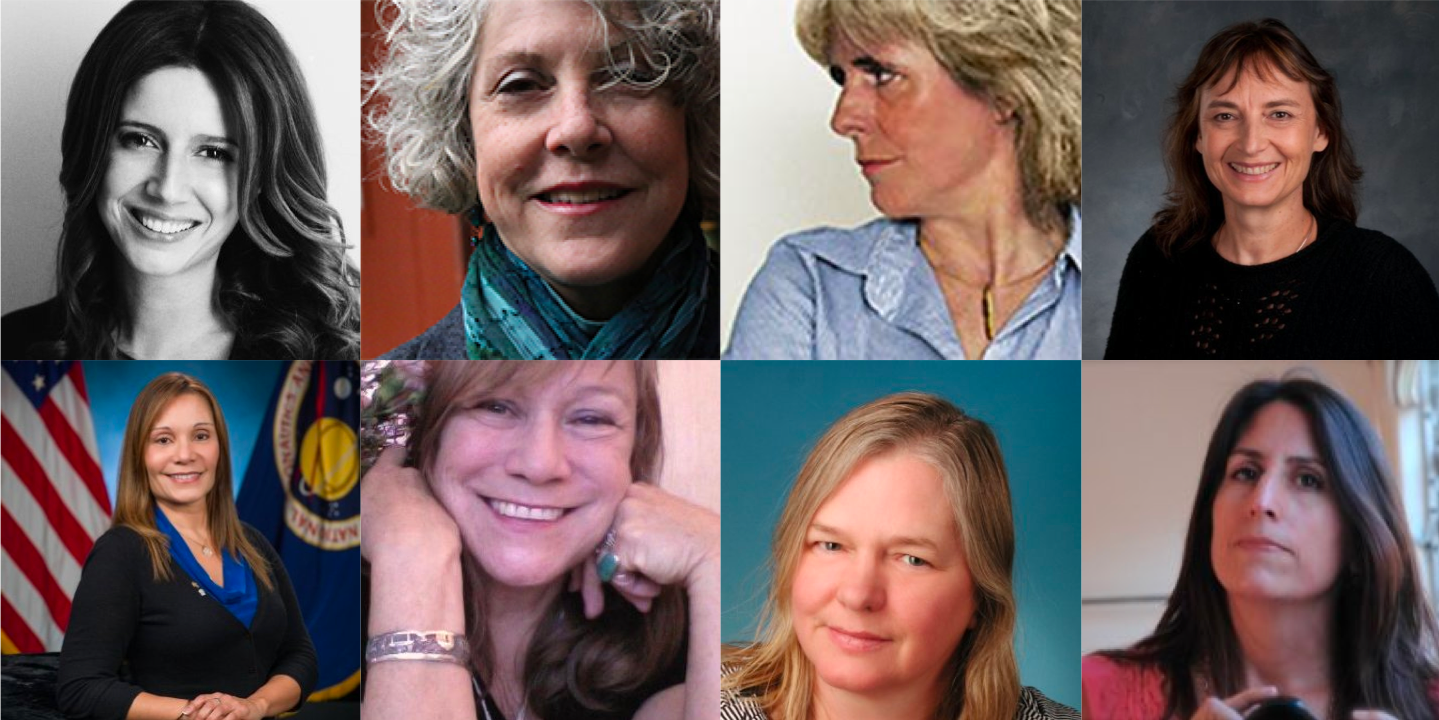 March is Women’s History Month and to kick off the celebration here at AWE, we are introducing "Women in AR+VR," a new blog post series showcasing the pioneers, community builders, founders and up-and-coming women leaders contributing to the next wave of computing.

Our first post pays homage to 8 influential women pioneers in Augmented and Virtual Reality who paved the way for today’s women in XR. Before the #WomenInTech movement, these visionaries carved out a place at the table for women to advance the future of technology. Now published, internationally recognized and award-winning consultants, educators and public speakers; the following women continue to be active in helping to solve technical hurdles, apply XR in the real world, and shape the next wave of computing.

Brenda Laurel was one of the first female videogame designers. She worked for Atari and Activision, and researched gender and technology at legendary think tank Interval Research—experiences which in 1996 led her to found Purple Moon, the first American software company to focus on videogame development for girls. In 1994, she created the groundbreaking multisensory VR installation Placeholder with Rachel Strickland at the Banff Center for the Arts. Brenda went on to chair university graduate design programs, consult for companies like Apple and Sony Pictures, author books and papers, and serve on the board of organizations like the Virtual World Society.

Jannick Rolland’s pioneering work lies in the field of optics. She has applied her expertise in optical system design to eyewear displays for Augmented Reality, first designing stereoscopic head-worn displays for medical visualization in the 1990s. Among her achievements, Jannick headed the Vision Research Group for Medical Displays at UNC and built the Optical Diagnostics and Applications Laboratory (ODALab) at UCF. Today, she teaches optics and aberration theory as a Professor of Optical Engineering at the University of Rochester, in addition to various director and fellow positions at renowned optical institutes.

Tish Shute began her career in the late 1980s doing visual effects for film, television, theme parks and aerospace. As a “Reality Architect” at Super Fun Club, she worked with Will Wright of Sims and Sim City to develop next-gen entertainment like smart toys and AR television. Today at Hauwei USA, she is working on new display technologies and new paradigms for content, using computer vision and AI to redefine video, and shaping the future of XR communications and entertainment. Tish is also co-founder of AR.ORG, a global not-for-profit dedicated to advancing AR and VR, and of Augmented World Expo (AWE.)

Evelyn Miralles is a visionary computer engineer and VR innovator at NASA Johnson Space Center. Since the early nineties, when she began her career at the space agency designing in-house graphics software and 3D modeling tools for space flight training, Evelyn has developed Virtual Reality solutions in support of human space flight. One of her career-defining achievements is DOUG (Dynamic Onboard Ubiquitous Graphics,) critical flight software that has been used to train astronauts for every Space Shuttle and ISS mission since 2000. Evelyn remains a leader at NASA’s Virtual Reality Laboratory (VRLab,) where she heads the team developing the VR program for the Mars Mission.

Gudrun Klinker is a German computer scientist known for her work in AR, a founding member of the International Symposium on Mixed and Augmented Reality (ISMAR,) and Professor of Augmented Reality at Technical University of Munich. Her cutting-edge research, which can be found in more than 100 scientific publications, examines the link between AR and wearable and ubiquitous computing; and has earned her a place on various industry committees.

Jacki Morie is an artist, scientist and educator with over 25 years of experience in developing innovative technologies for emotionally evocative, multisensory Virtual Reality environments. Among her inventions are a scent delivery collar and infrasonic floor to add smell and other rich effects in VR. Before stints in the special effects industry, she created VR tele-healthcare solutions at USC’s Institute for Creative Technologies and computer animation training programs at Walt Disney Feature Animation. In 2011, she founded All These Worlds LLC, a company that builds virtual worlds for health, training and art. She currently teaches at Otis College of Art and Design and is on the board of the Virtual World Society.

Dr. Helen Papagiannis has been working in Augmented Reality for over a decade as a researcher, designer and technology evangelist with a special interest in storytelling and creating compelling AR experiences. Prior to her life as a top influencer in AR and frequent expert speaker (TEDx, ISMAR, ISEA, AWE;) she was project lead at Bruce Mau Design on the groundbreaking exhibition and book “Massive Change: The Future of Global Design,” a Senior Research Associate at York University’s Augmented Reality Lab, and the Chief Innovation Officer at Infinity Augmented Reality Inc. You may be familiar with her recent book Augmented Human: How Technology is Shaping the New Reality.

Widely credited with helping to invent the genre of immersive journalism, Nonny de la Peña is known as “The Godmother of Virtual Reality,” but she actually got her start in VR rather late. Nonny planted the seeds for Emblematic Group, the digital media company of which she is founder and CEO, in the mid-2000s following a career in print, film and TV. Emblematic creates high-impact branded VR content for international businesses and news organizations using cutting-edge tech like an experimental volumetric search platform and positional goggles. Nonny’s work been showcased around the globe and met with critical acclaim. She is a New America fellow, the 2016 winner of the Knight Innovation Award, and a member of the BAFTA VR Advisory Group.