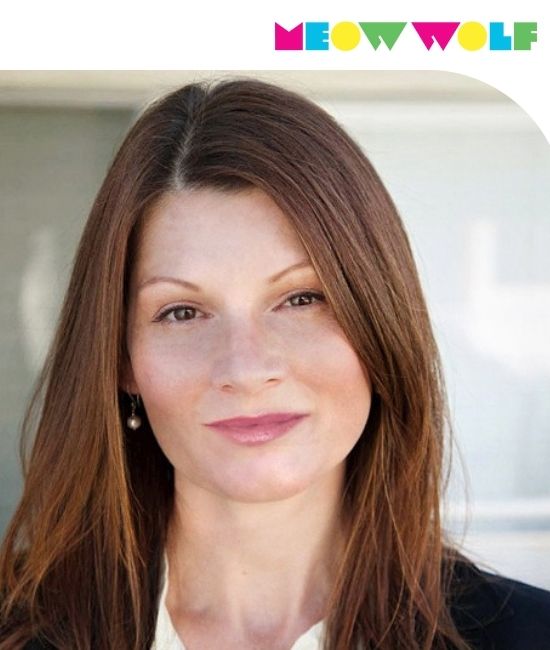 Barbara Ford Grant is the Chief Technology Officer of Meow Wolf, an art collective that has transformed into an award-winning Arts Production Company. With over twenty years of experience on groundbreaking Film and TV productions, including “Game of Thrones,” “Maleficent,” “Alice in Wonderland,” and the “Shrek” franchise, Barbara’s strong understanding of how technology can empower the artist toward more powerful methods of storytelling has led to key innovations and award-winning technologies in digital workflows for live and virtual production, computer graphics, and animation. Prior to Meow Wolf, Barbara served as SVP, Digital Production Services at HBO, overseeing studio production, post-production operations, and next gen technologies, and she has held key leadership positions at Digital Domain, Sony Pictures Imageworks, and Dreamworks Animation, where she co-engineered the first digital stereo projection system for the “Shrek 4D” theme park attraction.  Barbara is a member of both the Television Academy and the Motion Picture Academy, serves as Vice-Chair of the Scientific and Technical Awards Committee for the Academy of Motion Picture Arts & Sciences, and as a member of the Visual Effects Society Technical Committee. She studied Art History and Photography at the University of New Mexico.