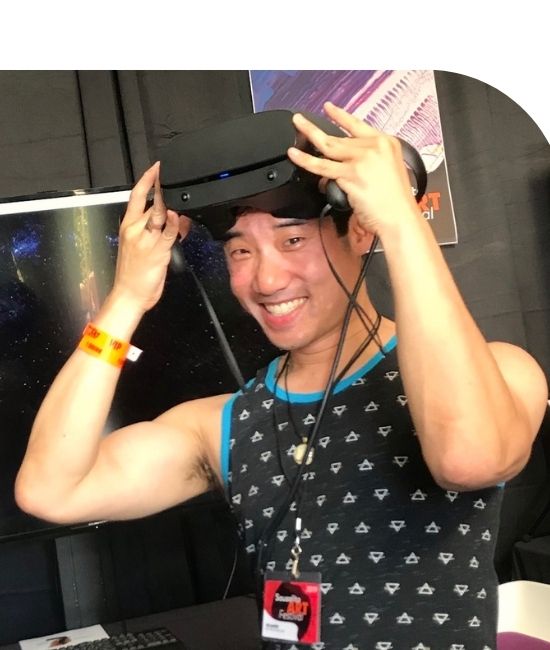 Kevin is a lifelong artist who’s worn many hats along the way, leaving a trail of success behind him. Illustration, animation, motion design, and VR run in his blood and he has been able to work with a variety of clients counting Google, Intuit, CBS, Warner Brothers, Leapfrog Toys, Stanford Medical, and Western Digital.

He’s also worked on a number of films, including the animated adaptation of Philip K. Dick’s “A Scanner Darkly.” He later went on to win an Emmy for his motion design work with The CW Network and he’s a co-founder of the XR Artists Collective, a community for those who are exploring and collaborating in this new medium. In the VR space, he's an Oculus Launchpad alumni, was selected for a SXSW panel on content creation, has competed in a VR sculpting reality show, served as a keynote speaker for Rangsit arts university in Thailand, and live painted for various festivals.

In his personal work, he builds virtual worlds and characters that address human rights, animal conservation, and safe spaces to heal. He's most jazzed about tech like the Looking Glass Portrait which open up exciting channels for storytelling and inducing much needed wonder.