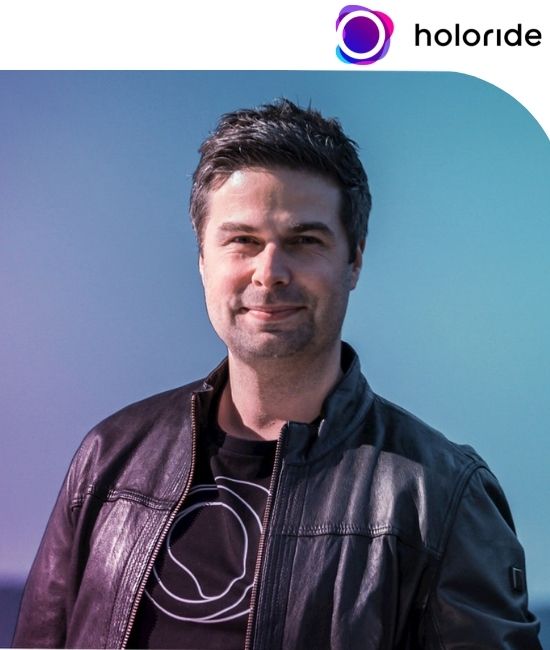 Nils Wollny brings extensive experience in strategy, digital business, and innovation to his current role as CEO of holoride, a spin-out from Audi focusing on the next generation of in-car entertainment. Nils’ passion for mobility and media led him to co-found holoride in 2018, and since then, holoride has been named the “Best of CES 2019” and acknowledged by TIME Magazine as one of “The 100 Best Inventions of 2019”.

Additionally, Nils was recently named a “Rising Star” for 2020 by Automotive News Europe. In 2018, German Automobilwoche acknowledged him as a “40 under 40” high-potential manager. Prior to co-founding holoride, Nils led one of Europe’s leading digital agencies as Managing Director before joining Audi as Head of Digital Business. In this role, he was responsible for digital services and platforms

Holoride - Adding Thrill to Every Ride