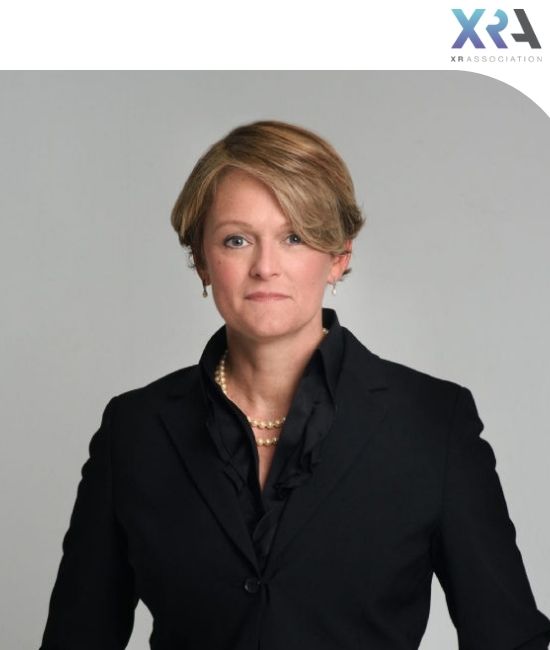 Joan O’Hara is the Senior Vice President of Public Policy of the XR Association (XRA).

O’Hara joins XRA from Booz Allen Hamilton where she served as a Principal and Director of Government Relations Policy, creating strategies for engagement with the federal government and major trade associations. Prior to joining Booz Allen, O’Hara served at the White House as Deputy Assistant to the President and Executive Secretary of the National Security Council, and as Deputy National Security Advisor to the Vice President. Earlier in her career, O’Hara was General Counsel of the House Committee on Homeland Security, where she developed legislation around issues such as cybersecurity and data encryption.

With experience in all levels of federal government, from the halls of Congress to the West Wing, O’Hara is well-positioned to further the Association’s efforts to promote the responsible development of XR technology.