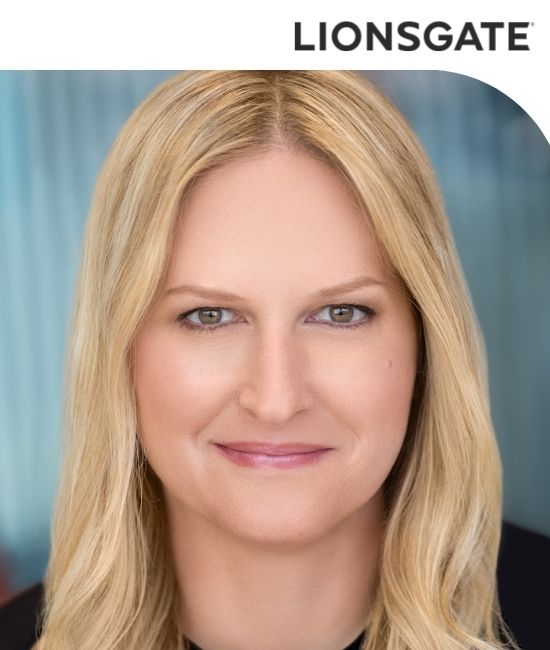 Location Based Entertainment. She has established Lionsgate as a major force in branded entertainment with a fast-growing location-based entertainment business that encompasses attractions in the U.S., Europe, the Middle East and Asia. She also oversees the dynamic interactive games business that continues to expand the reach of Lionsgate’s iconic film and television properties.

Under her guidance, the Company recently opened Lionsgate Entertainment World in Hengqin, China, a vertically-designed indoor theme park built around multiple Lionsgate properties. The initiative adds to a portfolio of Lionsgate-branded attractions and events that includes the Lionsgate Zone of the Motiongate theme park in Dubai, the Official Saw Escape Room in Las Vegas, The Hunger Games: The Exhibition, the Now You See Me Live stage show and La La Land, Hunger Games and Twilight live-to-film concert tours. Lionsgate is also adapting several of its most acclaimed intellectual properties to the Broadway stage in collaboration with award-winning producers, including the long-running television series Nashville and the film sensation Wonder.

Before joining Lionsgate in 2014, Ms. Brown served as producer and business development executive at Thinkwell Group. Her clients included Warner Bros., Anschutz Entertainment Group, the National Basketball Association, CORE Media Group, Sesame Workshop and Nickelodeon Animation Studios. Prior to Thinkwell Group, Ms. Brown worked as a writer and an attorney. Ms. Brown holds a JD, cum laude from the University of California, Hastings College of the Law, and a Bachelor of Arts Degree from the University of California at Berkeley. She has been named a Blooloop Power 10 Theme Park Influencer two years in a row and awarded Executive of the Year by the Los Angeles Business Journal in 2021.

The LIONSGATEway to the Future of Hollywood XR