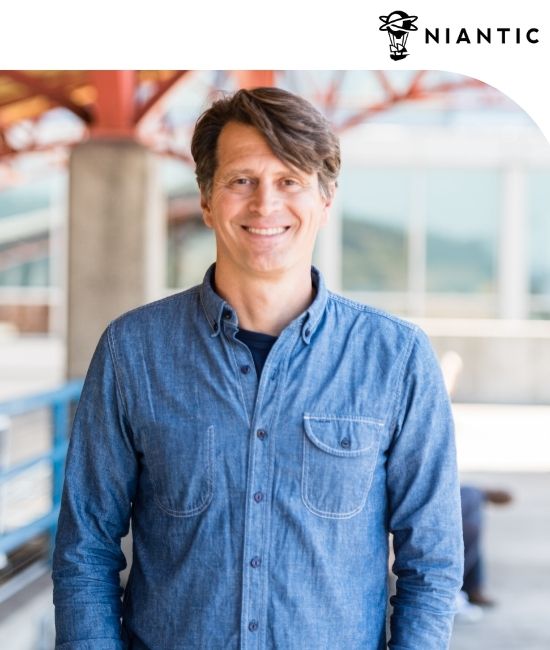 As CEO, John leads Niantic, Inc. in building planet-scale AR technology to create real-world interactive experiences that foster exploration, exercise and social interaction. Niantic has developed and released three real-world AR mobile experiences with Ingress, the global phenomenon Pokémon GO, and their third project, Harry Potter: Wizards Unite. John originally founded Niantic as a startup within Google to explore the creation of new kinds of entertainment at the intersection of digital and physical worlds leveraging location, social, and emerging mobile technology. Niantic was spun out as an independent company in 2015, and has received financial and strategic backing from investors including Google, Nintendo, The Pokémon Company, Spark Capital, Founders Fund, Meritech, Javelin Venture Partners, You & Mr. Jones and NetEase.

Earlier in his career, John was a founder of Archetype Interactive, creators of one of the very first online massively multiplayer games, Meridian59. He went on to co-found Keyhole, a company dedicated to recreating a digital version of earth, which was acquired by Google for the technology that lead to the creation of Google Earth. John was Vice President of Google's Geo division (overseeing projects including Maps and Street View) for seven years before founding Niantic.

John received a BA from the University of Texas at Austin and an MBA from the Haas School of Business at UC Berkeley.

Building the Real-World Metaverse for Everyone