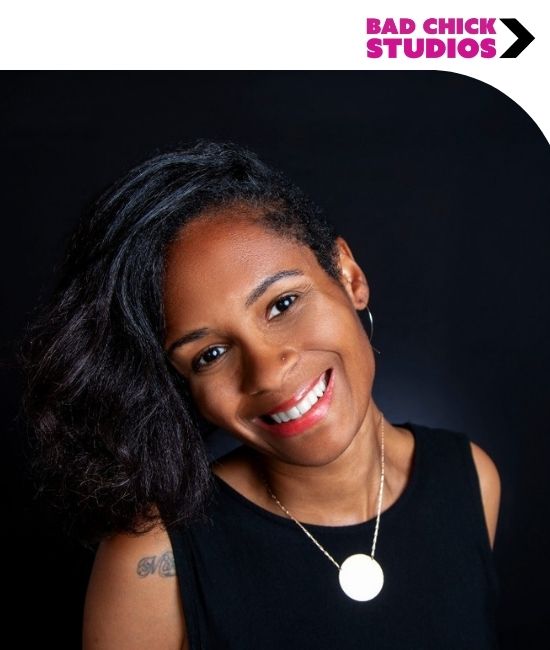 Photography is her artistic foundation, and she received a B.F.A. in it from Syracuse University in 2001. However, after graduation, she felt there was a creative piece of her puzzle missing. After some soul searching, she realized that she’d always been drawn to coding. She went back to school to study web design and development and graduated with an M.A. in Interactive Multimedia Arts from Long Island University in 2005.

Now armed with a digital Swiss army knife of skills, Lafiya spent many years creating websites, designing album covers, and shooting promo shots for musicians. Her clientele eventually expanded to include visual artists, filmmakers, and small organizations.  Her photographs of musicians have been featured on billboards, in newspapers and jazz publications, and shown on television, including on BET and PBS. Her own artwork has been part of several gallery shows. In 2011, she left the freelancing life behind to work full-time for the Usdan Summer Camp for the Arts. As the Coordinator of Electronic Media, Lafiya was able to bring all her expertise to the table. She built and maintained their website, photographed the camp in the summers, and designed ads and promo materials using her photographs. In 2018, she returned to freelancing, this time focusing on her new passion: Augmented Reality. In Jan 2020, she was accepted for the MIT Reality Hackathon and helped build an AR experience using Nreal glasses with an amazing team. In October 2020, she was chosen for a Snapchat residency and created an AR game based on the classic game, Simon Says. Lafiya continues to focus on using AR for storytelling and gaming in her own work and beyond.

The Future of Art and Creation: Interactive Art and Games in AR