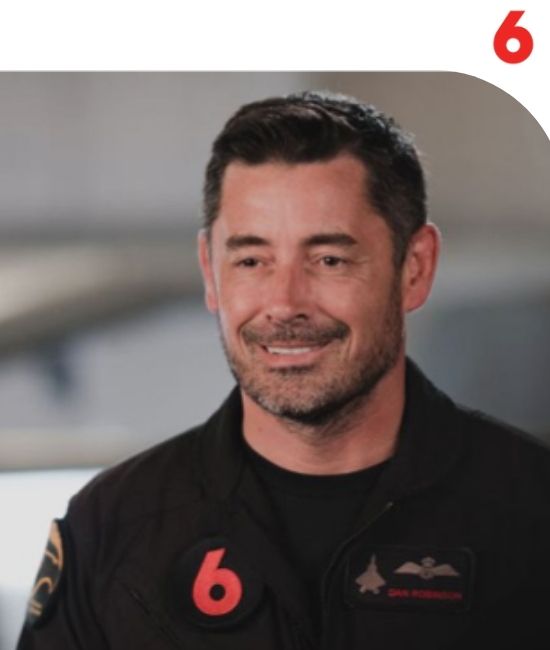 Daniel Robinson is Founder and Chief Executive Officer of Red 6, a revolutionary technology firm at the forefront of synthetic air combat training, Robinson hails from England and served in the Royal Air Force as a Tornado F3 Pilot. After attending the Weapons Instructor Course, the UK equivalent to the U.S. Air Force Weapons School, Robinson went on to become the first foreign national to fly the F-22 Raptor. After completing his service, Robinson received his MBA from Georgetown University, worked for Franklin Templeton Investments, and later grew a company in the UK where he went on to win numerous regional and national awards including the 2015 UK CEO of the year. Robinson founded Red 6 in 2018 with a vision to revolutionize training for our warfighters by creating CARBON, the world’s first outdoor synthetic training environment that enables within visual range maneuvering.

Using a combination of Augmented Reality and Artificial Intelligence, CARBON allows real pilots, in real airplanes, to visually fly against any synthetic threat. Ultimately it will scale to connect all warfighters, across all domains into a visual, joint synthetic battlespace.