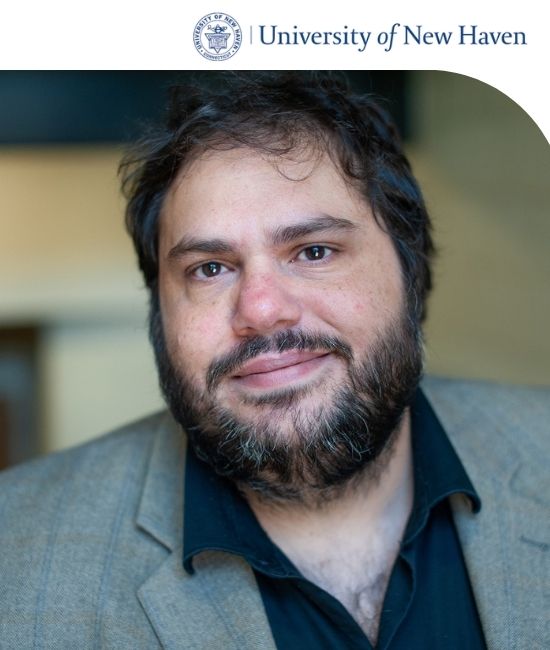 Dr. Ibrahim(Abe) Baggili is the Elder Family Endowed Chair of Computer Science & Cybersecurity at the Tagliatela College of Engineering, and Director of the Connecticut Institute of Technology at the University of New Haven, CT, specializing in Cybersecurity & Forensics. He is also a European Alliance for Innovation Fellow, and a CT40 under 40. He serves as the Assistant Dean and is the founder of the University of New Haven’s Cyber Forensics Research and Education Group (UNHcFREG). Abe is also the former editor-in-chief of the Journal of Digital Forensics, Security and Law (JDFSL). He received his BSc, MSc and PhD all from Purdue University where he worked as a researcher in CERIAS. He is the program lead on the Center of Academic Excellence in Cyber Operations, designated by the National Security Agency – one of only 21 programs nationally with that prestigious designation, and is also the Principle Investigator for the CyberCorps Scholarship for Service program at the university.

Abe co-authored over 70 publications including books, peer reviewed articles, and conference papers and has received millions of dollars in funding for his work from a variety of sources including the NSF, NSA, DHS and MITRE. Most recently, work with his students showed security issues in mobile social messaging applications that affect over 1 billion people worldwide. Most recently his team also found major Virtual Reality exploits that affect people globally. His research interests include cybersecurity and forensics from technical, social, and psychological perspectives. He has worked closely with law enforcement and private sector and has published work on real challenges facing cybercriminal investigators and has presented at a number of conferences worldwide. Abe has also led the creation of the Artifact Genome Project (https://agp.newhaven.edu) which is used by government organizations and private sector by over 178 organizations in 27 countries.

Abe’s work has also been featured in news outlets and on TV worldwide in over 20 languages.

To learn more about Abe and his work you can visit http://www.baggili.com and http://www.unhcfreg.com and his twitter @Cybershawerma.