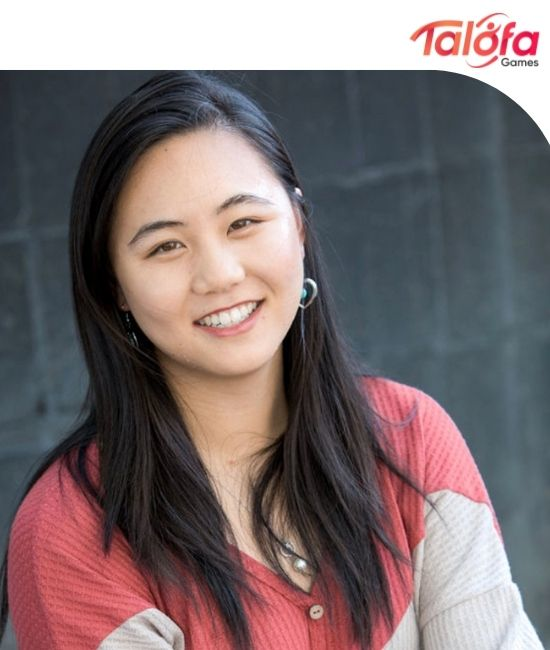 Jenny is a long-distance runner, artist, programmer, gamer, farmer, Forbes 30 Under 30: Games recipient, and CEO of Talofa Games from Cupertino, CA. She is passionate about the intersection of fitness and gaming and is currently developing a social running game at Talofa Games that was the grand prize winner of the Niantic Beyond Reality Contest in 2019. She also solo develops horror-comedy mobile games for her indie game company, JCSoft Inc., which she started making games for when she was 12. In her free time, she runs Abs With Jenny, a gamified virtual fitness class that has taught over 610 people and raised over $10,000 for charity. After graduating MIT with a computer science degree, she’s worked in the intersection of gaming and fitness to explore how gaming motivates healthy habits. She strongly believes in making games that improve mental and physical health and games that will leave a lasting impact on players. In her 12 years in the gaming industry, she’s created 130+ games for web and mobile with 10 shipped titles on the mobile app stores with over 9.2 million downloads. She’s also completed internships at Google, Electronic Arts, Sony PlayStation, and N3TWORK.