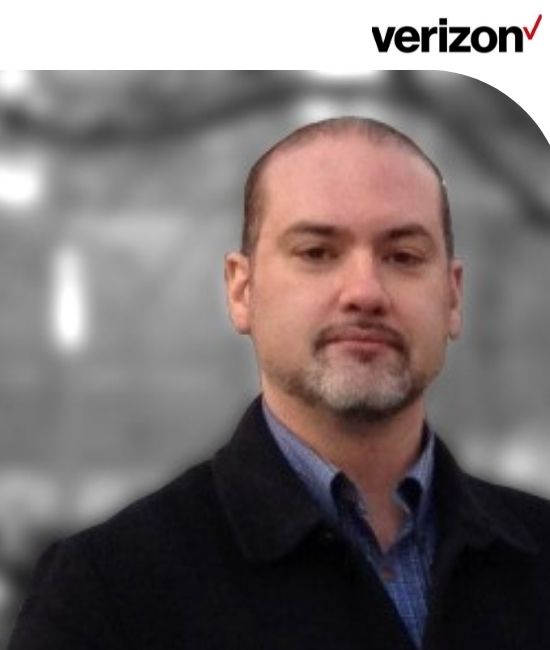 Craig is XR Program Manager at Verizon where he leads new 5G and mobile edge computing accelerated XR use cases for media and entertainment activations that demonstrate the potential Verizon 5G Edge technology has for supporting deeply rich, immersive XR experiences on mobile devices. This is a key step towards a free-roaming, parallel, and contiguous immersive metaverse and the cusp of a wonderful new future of interaction, engagement, and communication.

He joined Verizon in 2015 where he was the head of UX and content in the XR Labs. He was in charge of a team of artists, UX designers, and technologists creating industry-leading XR experiences that set out vision for products exploiting XR Labs capabilities; coordinated demos at industry trades shows and events; and evangelizing XR Labs product offerings.

As a former architect, and since his graduate days in the early 2000’s, Craig always looked towards a connected future of immersive human-machine interaction and

mobile/wearable technology. He believed the ubiquitous metaverse being touted even then would indeed come to fruition. It would evolve from the everyday web where people and social institutions would be connected in a contiguous parallel fabric of interactive immersive data.

Though still 20 years early for the wearable revolution upon graduation, he nonetheless carried the torch of his conviction throughout his career, always moving towards that future. He excelled in a number of roles including 10 years as an art director at Unicast by Viewpoint where he participated in such internet premieres as the world's first 3Dd game engine for browsers, the first online interactive 3D automobile shopping experiences, and the first online 3D ad formats,; He haas He has also served as a professor of integrated digital media at NYU where he instructed game design; and as executive designer at a VR parachute flight simulation startup.

Craig is a graduate of Penn State and UCLA where he received a masters in interaction design.

XR and the Fan Experience: How Brands can Apply a Proactive and Scaled XR Game Plan to Drive Deeper Engagement