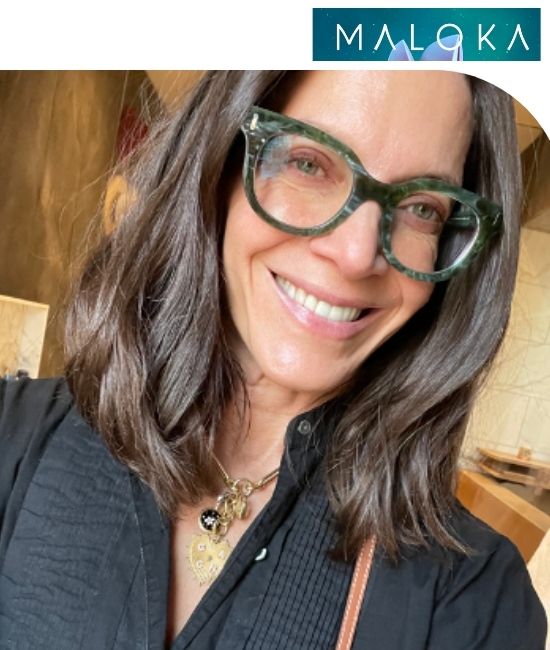 Sukey Novogratz is the co-founder of Maloka, a VR meditation game for the Oculus Quest, and co-author of Just Sit, a meditation guidebook published by Harper Wave. She is a researcher of healing, consciousness, and human potential. She is a devoted supporter of the visual and performing arts, international development, and neurological sciences. She studied anthropology at Princeton and fashion design at Parsons. She is closely associated with The Kitchen, the Acumen Fund, the Bail Project, NYU Langone Medical Center and Princeton University. She was Executive Producer on the documentaries, The Hunting Ground and I am Evidence, for which she won am Emmy. She is married to Mike Novogratz and they have four children: Gaby, Anna, Christian and Narciso and a Pomeranian named Pisco.