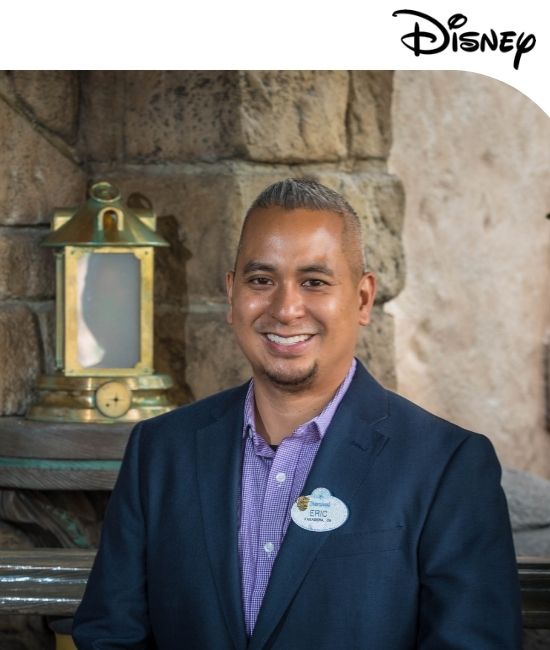 Before moving into the Interactive Experiences role, Eric was the Director of Digital Experiences for Disney Parks, Experiences, and Products. His charter was to enhance the end-to-end Guest experience through the convergence of the digital and physical worlds.

During Eric’s eight years with Disney, he has played an integral role in leading the creation of Guest experiences. From MagicMobile, the digitization of Walt Disney’s MagicBand wearable to enable Apple Wallet (Watch & iPhone) and Google Smart Tap (Phones) to work seamlessly through the Walt Disney World ecosystem the digital FastPass systems at Disneyland Resort and Shanghai Disney Resort, as well as Disney’s next generation of park interactivity with the Play Disney Parks app. Working in partnership with Walt Disney Imagineering, he oversaw the development of the “living land” construct for Star Wars: Galaxy’s Edge at Disneyland Resort and Walt Disney World, enabling advanced/immersive storytelling through the development of propriety hardware and software. Additionally, he led up product development of the official destination apps across all six global theme parks.

Eric is a proud “Girl Dad” of two, who cries A LOT, enjoys the outdoors, bourbon, burgers, wine (in that order), and is a regular at the Parks. (Disneyland Park to be specific)