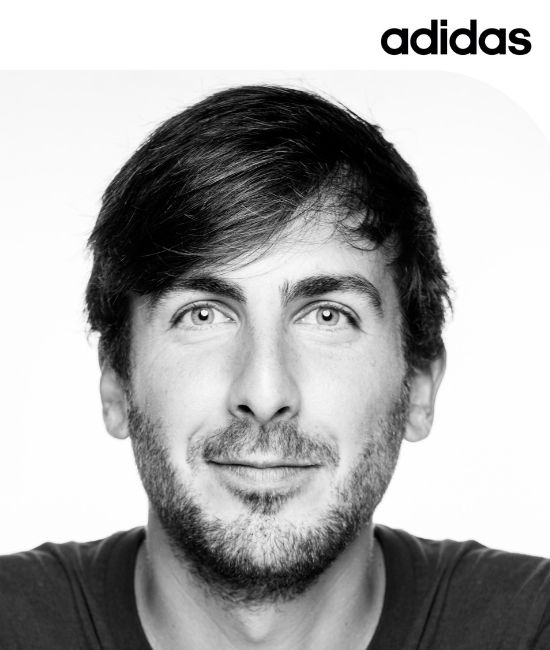 In his previous role as lead Soccer Footwear Designer at Adidas HQ in Germany, sleek, intuitive and sharp designs for Adidas have revolutionized technological design and set a new aesthetic benchmark for soccer boots.

One of his key quotes when starting a new project with his team is “Create something that doesn’t exist born from insights, radical, revolutionary, sustainable and unexpected”. In addition “products and their manufacturing process are inseparable, understanding how things are made helps to challenge, disrupt and to come up with something that has never seen and done before”. The designs need to express the function in a bold and clear way.

Born and raised in Barcelona Spain, Arnau’s curiosity was heavily influenced by his father who worked as an international war journalist. As a teenager he quickly focus on creating, designing and making.

The designer holds a multidisciplinary experience thanks to the work within different industries in Automotive and Consumer Goods, where he worked as a clay modeler for GM Europe as well as a Transportation and Product designer in different companies in Spain, Switzerland and Costa Rica.

During the Pandemic it’s been an added challenge on the way we work, accelerating Digital initiatives and new ways of working. The lockdown allowed us to challenge our current creation workflow using new digital tools, platforms and VR. It gave us the possibility to break established rules, create, communicate, collaborate without creating any waste.

The Creative Revolution: How Adidas and Gravity Sketch Teamed Up to Transform the Design Process Behind Sportswear