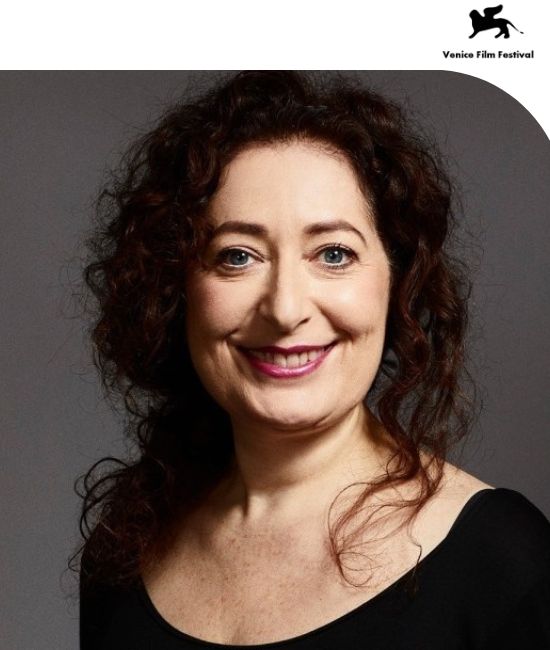 Liz is Curator of Venice Biennale’s International Film Festival's Official Selection and Competition programme Venice Immersive, Executive Producer of immersive content accelerator programme, CreativeXR, led by Arts Council England and Digital Catapult and the CEO & Founder of trail-blazing innovation company Power to the Pixel. She has an extensive network and knowledge of international talent, financiers and distributors across the immersive entertainment and arts space.

Throughout her career, Liz has helped international media businesses and artists to innovate and adapt their practice to evolving platforms, tools and audiences. She has advised countless leading international festivals, media organisations and national and regional funds.

At Venice Film Festival she was instumental in the launch of Venice Immersive in 2017, the first and only official immersive content selection and competition in an A-list festival. Venice Immersive has helped establish XR as a new artistic and entertainment form and has pushed the boundaries of exhibiting immersive works. In 2020 Venice was the first festival to create a globally accessible virtual world exhibition of 44 works with in real life satellite venues in 14 countries.

At CreativeXR Liz helped design and lead this unique accelerator programme as Executive Producer. The programme has supported the development and finance of 60 XR projects by leading UK creative teams, many that have gone on to win major awards including; Goliath: Playing With Reality, Madrid Noir, (Hi)Story of a Painting, Austerity on Trial and Common Ground.

At Power to the Pixel, Liz created the first international programmes for developing, financing and showcasing interactive and immersive works. Incubator, the Pixel Lab helped develop over 100 projects and Power to the Pixel: The Cross-Media Forum, run in association with the BFI London Film Festival over 10 years, brought together leading talent and financiers and created the first project finance market for interactive projects and VR exhibition in London.

Liz began her media career in the film business. She set up and ran the UK office for Next Wave Films a division of the Independent Film Channel in the US from 1998 to 2002. Next Wave was a pioneer in the production, finance and sales of micro-budget features and digital filmmaking. Their

She is invited regularly to speak at leading events and institutions around the world including the Cannes International Film Festival, Berlinale, Unity for Humanity Summit, Screen International Conferences, TEDx Transmedia, BAFTA and many more around the world. She has served as a jury member for numerous international festivals and funding programmes.

Liz is a board director of The Space commissioning fund for digital arts projects), a founding board member of Immerse UK whose content subgroup she chairs and Latin American new media organisation Mediamorfosis. She is a member of BAFTA, the International Academy of Digital Arts and Sciences, The Guild of Future Architects and a fellow of the RSA.

Evolution of Technology in Immersive Experiences