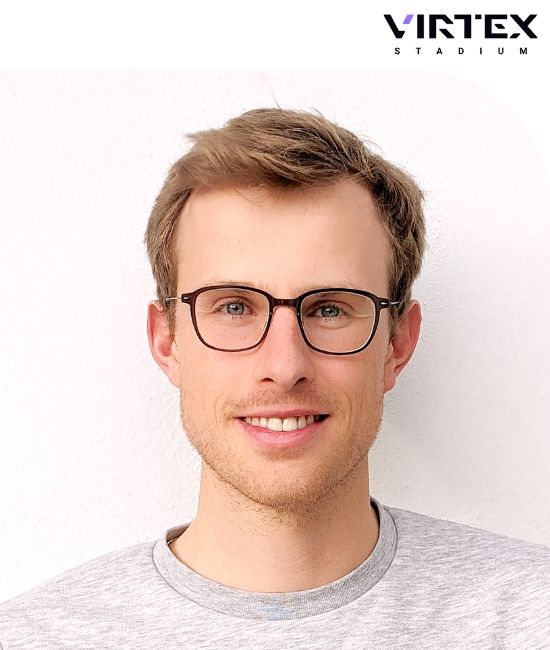 Christoph Ortlepp is the co-founder and COO of Virtex, developer of the Virtex Stadium platform - one of the world's first true virtual stadium experiences for esports and sports.

Earlier in 2022, Virtex announced their partnership with Ready at Dawn & Meta for the first officially supported game on the platform, Echo VR. Virtex Stadium is currently rolling out closed beta, and with more partnerships scheduled for announcement later on this year, Virtex aims to become the leading platform for live 3D sports and esports content.

Prior to founding Virtex, Christoph was an Associate at Earlybird Venture Capital, covering XR and Games at the fund. In this role, he recognised the emergence of new 3D interfaces and how in combination with the latest advances in game engines this can completely revolutionise live entertainment experiences.