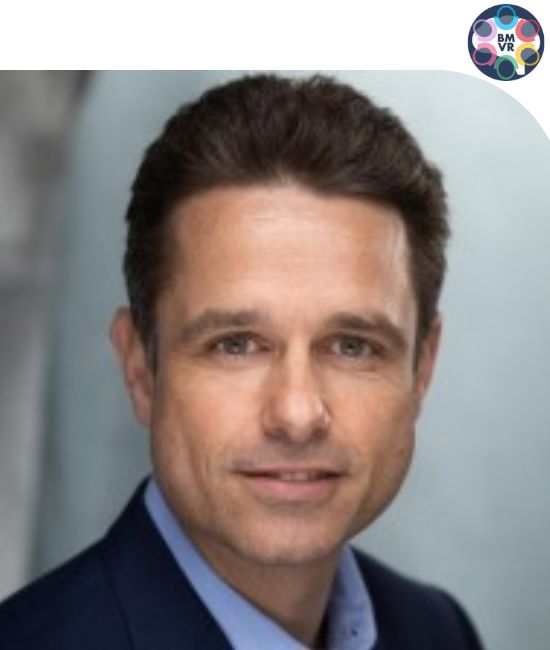 Richard has a PhD in neuroscience, a Masters in VR and launched Brain Man VR earlier this year to help clients like the World Economic Forum develop yet more effective and efficient working practices.

A deep knowledge of how human brains respond to sensory signals, make decisions, solve problems and think creatively underpins the design of Brain Man VR products every step of the way. And so the end product not only captures the imagination, but also gets people thinking differently.

Prior to pivoting into the VR space a few years ago, Rich had been honing his communication skills for over a decade under the stage name (foisted on him by the BBC back in 2008) Dr Jack Lewis.

Under this nom de plume he’s written a best-selling business book (Sort Your Brain Out) and a pop science book investigating the neuroscience behind behaviours historically described as the seven deadly sins (The Science of Sin).

He’s also presented half a dozen science series for TV channels like the BBC, Sky, Discovery and currently has two series of The Secrets of the Brain airing on Curiosity Stream.

Over the past 10 years he’s given over a hundred talks at annual business conferences and off-site meetings across Europe and the USA on a variety of brain science-related topics. These range from how to make better decisions, build resilience, foster a genuinely creative working environment and eliminate cognitive bias from the workplace for top firms across many industries like Deloitte, ITV, Siemens, Warner Bros, Pfizer, National Trust and many more.

Richard firmly believes that virtual reality can be a powerful force for good in the world. If it can already help burn victims to feel less pain, help mentally ill patients take control over the voices in their heads, make training more efficient in the emergency services, military, medicine and engineering, help people address their phobias, help elderly people trapped in care homes get out and experience the world, it seems clear that there is so much more good stuff to come.

As such he’s delighted to have been invited to contribute to this year’s AWE EU as Chair for the Developer Track and looks forward to meeting you there.

See www.brainmanvr.co.uk for more info and contact details. You’ll also find a weekly blog outlining some of the latest developments in VR that have caught the Brain Man’s eye.