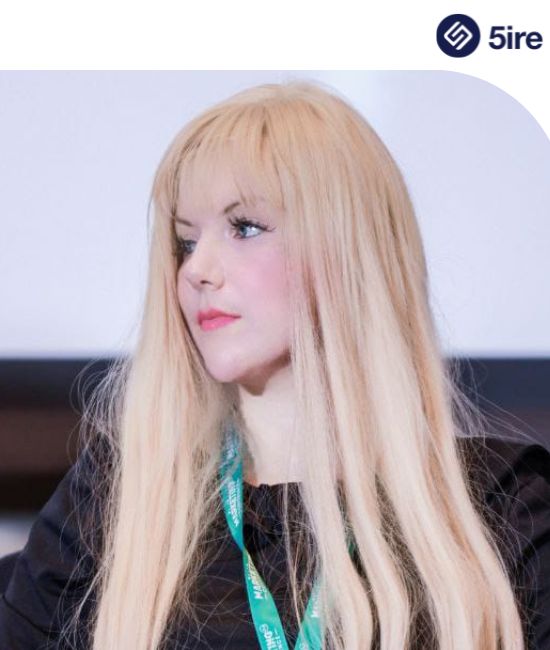 As the Founder and Chief Business Officer at 5ire, Vilma is responsible for the business strategies and growth efforts of 5ire across the globe. She is a firm believer that one can make money and grow a business while doing social good and impacting the lives of billions around the world.

Vilma is a data-driven leader passionate about futurism, blockchain, web3, and enabling start-ups to succeed in a hypercompetitive global economy. She advises innovation labs, start-ups, and entrepreneurs on how to grow and scale their businesses. Vilma has incubated, participated, and invested in over +63 projects, including Qtum, Tron, Aleph Zero & Noble as an investor. She is an advisor at the EU Blockchain Observatory, World Future Society & UN USA.

Vilma is also a Member of Singularity University, an Ex-EU Lawyer. Vilma holds an MBA from the London School of Business and Management.

How Web 3, Blockchain, and the Metaverse Could Save Us from a Sustainability Disaster Story