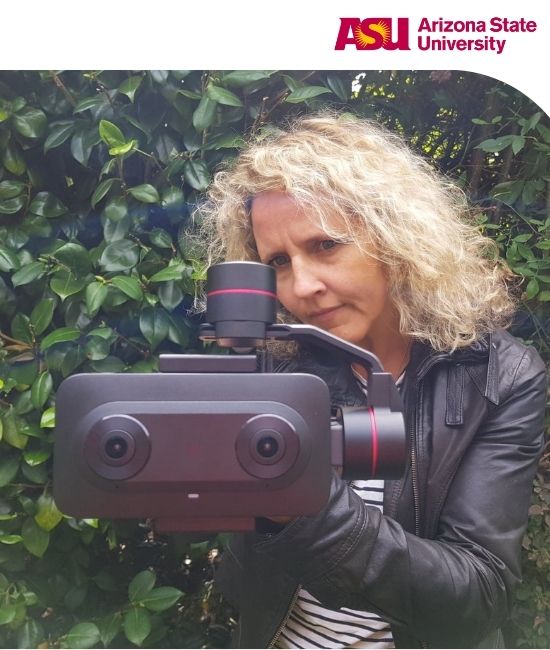 Mary Matheson is an award-winning immersive director specialising in character-led social impact film-making for documentaries, high-end branded content, commercials and PSAs. Her clients have included Google, Lenovo, the United Nations, UK Government (BEIS), Save the Children and Plan International. Her films have been broadcast on mainstream platforms like the BBC & Channel 4 in the UK, as well as at international festivals and events such as the UN Climate Change Summit, UN General Assembly, Sheffield Doc Festival, Annecy International Animation Festival & EarthX film festival. She cut her teeth as a journalist in Colombia, covering the capture of the Cali cartel for the Guardian, NPR and TIME Magazine. Since then she has filmed in multiple post-conflict zones, focusing on untold stories and under-represented narratives. Mary is Professor of Practice at Arizona State University's center for Narrative & Emerging Media in Los Angeles.